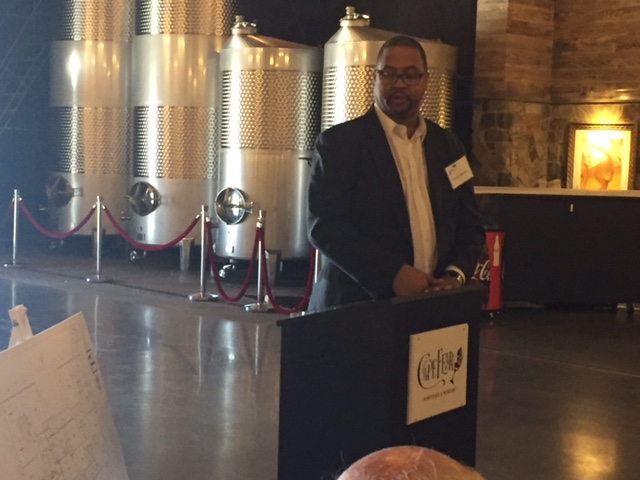 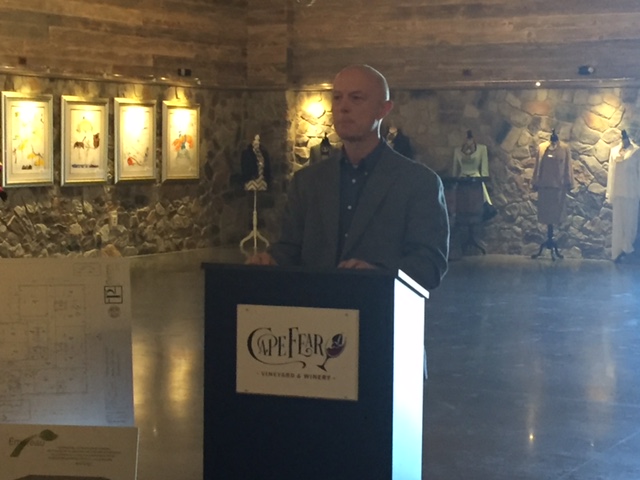 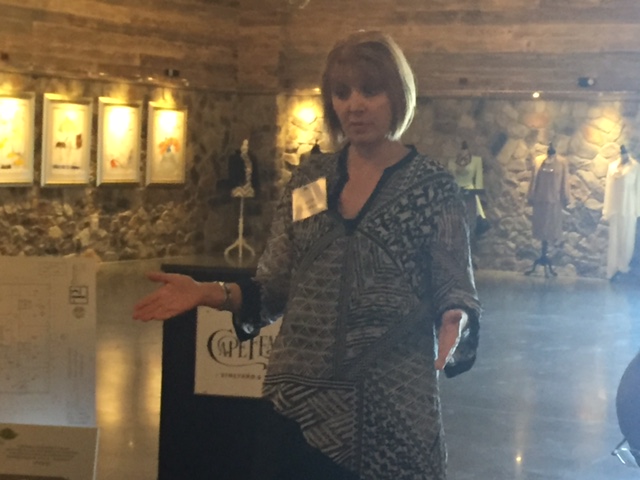 A group of Pastors met with representatives of Emerau:Bladen during a luncheon meeting held at Cape Fear Vineyard and Winery on Monday and learned about the school. Calvin Stephens of Balfour Beatty Construction and a board member was the keynote speaker for the afternoon.

“Here at Emerau, we’re trying to give kids an opportunity for an option,” said Stephens.

He said that in southeastern North Carolina, there are a lot of options that simply are not available to our families and children. Stephens recounted his own experience with the education system as a student in Greenville, NC attending Greenville-Rose High School. He said he was not being academically challenged and was simply bored as a student.

He said he took the GED in the 9th grade and took the SATs and eventually went on to college. Stephens said that many people don’t always think about such solutions as allowing a student to skip a grade level or to challenge students in other ways.

Stephens said in his case it took someone who could look past the rules and traditions to see he was not being challenged in his courses.

He told those gathered that Charter Schools are an economic development tool. Stephens said he is aware that Bladen County’s public schools have not performed well.

“Emerau is going to accomplish the goals set forth and that is making sure kids have an opportunity for a future,” said Stephens.

Kate Alice Dunaway, Director of Emerau Foundation, said the deadline to enroll your child in Emerau:Bladen is Friday, February 24.  She said currently there are 152 students enrolled and the goal is to have 308 enrolled.

The school does have a Facebook page and website. Enrollment applications can be picked up in the school’s office or submitted online via the school’s website.

The school office located on Broad Street in Elizabethtown. Office hours are Tuesday through Friday from 2 until 6 p.m. and Saturdays from 9 a.m. until 1 p.m.