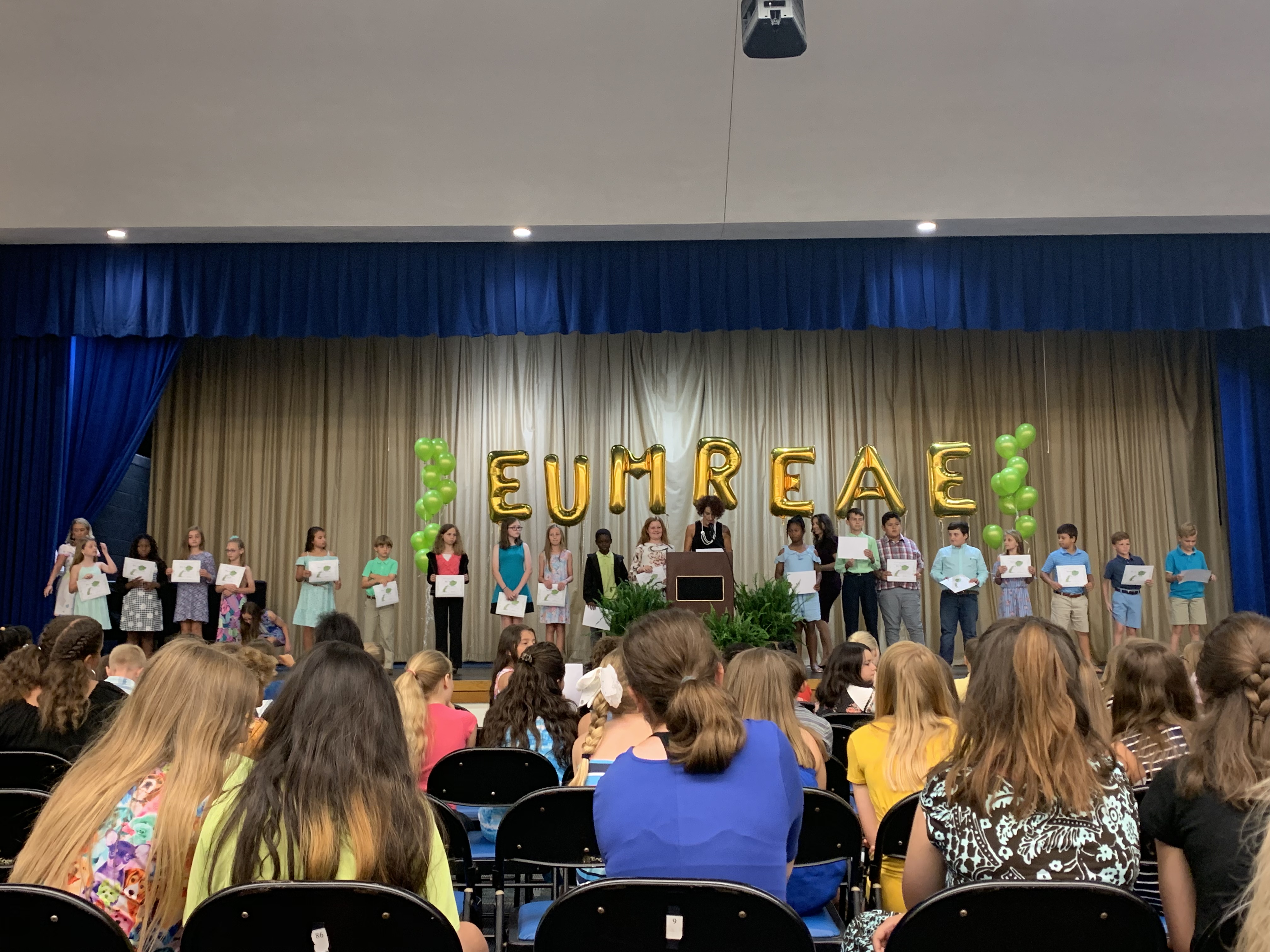 Emereau:Bladen celebrated the end of the second year with awards

Eumreau (You-mah-Ray) Awards celebration. Eumreae stands for: Elevating Unique Moments and Recognizing Excellence At Emereau. As always these awards are completely different from any other school. Students were presented awards based on how they closely relate to prominent people such as JK Rowling, Oprah Winfrey, Amelia Earhart and many more.

Students also were presented with academic awards in all subjects based on having an “A” average for the entire year. Exploration classes presented awards to students that went above in beyond in their classes based on behavior, skills and over all participation.