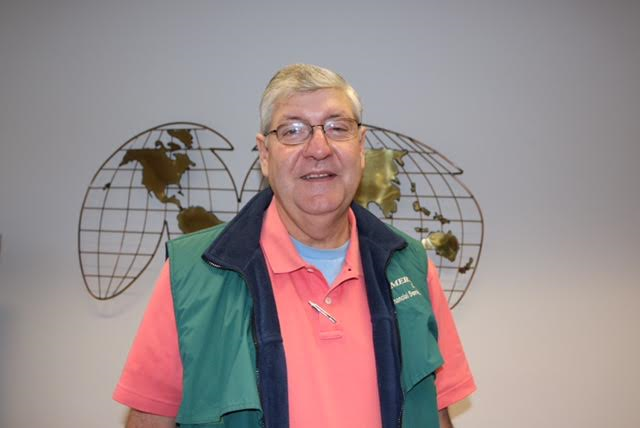 One of Bladen County’s most esteemed community leaders passed away on Wednesday, July 21, 2021. There was standing room only after many gathered for the Celebration of Life Service to honor Lee McLane Greene, Sr. at Trinity United Methodist Church in Elizabethtown.

Many have testified to Lee’s exceptional qualities as a husband, father, grandfather, businessman, and friend.

Gary Grady, a local attorney and one of Lee’s lifelong friends, said, “This community has lost one of its best. Lee was a successful businessman who always gave back to his church and his community. He was a faithful and loving husband and father, and personally to me, he was the best friend anyone could have.”

Grady added, “We all will miss him.”

Pharmacist and business owner Bruce Dickerson said, “He had a lot of best friends. He was always glad to see people succeed.”

He continued, “He was proud of the area. Lee would get involved and was very generous without a lot of fanfare. He and his family treated us like family when we first moved here 40 years ago.”

Lee served his community in numerous areas. He accrued many talents as a successful businessman and taught others how to succeed. In 1979 Lee joined his father and brother at Bladen Builders Supply Inc. and helped grow the company successfully. Lee was excited his son, Lane, partnered with him in 2019 to advance the local supply company. Lee and his brother Hobby also joined forces establishing Village Greene Properties, LLC for profitable business enterprises.

Edward Clark, an employee at Bladen Builders Supply, said, “It was great to work with Lee. He liked to joke around and have conversations, but when it was time to work, he was very organized and wanted things done a certain way.”

He added, “Lee was always really nice. He knew how he wanted things done, but he wasn’t overbearing.”

Terri Dennison with the Elizabethtown-White Lake Area Chamber stated, “He was an outstanding businessman and a great supporter of the Chamber, having served as Chamber President in 1985-86. In February, the Chamber honored him with the Lifetime Member Award.”

Lee also served on the Cape Fear Valley—Bladen County Hospital Foundation, Elizabethtown Airport Commission, and was on one of the first members of a local commerce and development committee.

“They were the core and backbone of Elizabethtown. They have all been generous, and Lee continued that involvement,” Mayor Campbell stated.

According to his obituary, Lee leaves behind his wife of 41 years, Paula Hobbs Greene; his daughter, Ann Hamill Greene, and husband Justin DeGarmo; his son, Lane Greene, and wife, Samantha Martin Greene; two adored grandsons, Tripp Greene, and Mack DeGarmo; his brother, Hobby Greene and wife Janie, all of Elizabethtown, and many nephews, nieces, and cousins. Lee is now reunited with his beloved daughter, Katie Mac, who preceded him in death, as well as his parents, A.M. (Mack) Greene and wife, Frances Smith Greene.