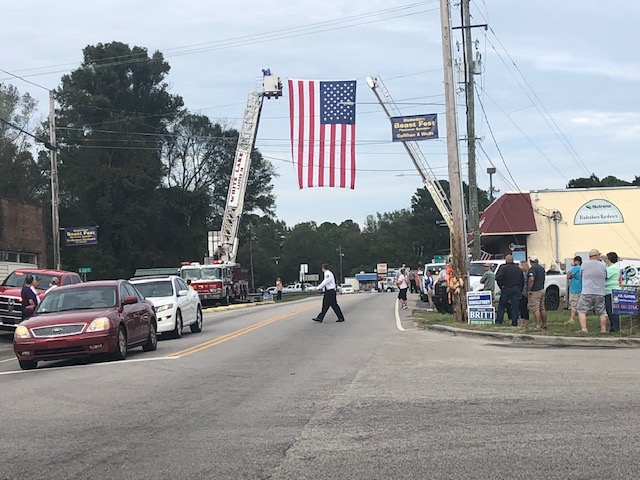 There was an air sadness as residents, family members and friends gathered along the sidewalks of Main Street in Bladenboro to say goodbye to a favorite son. 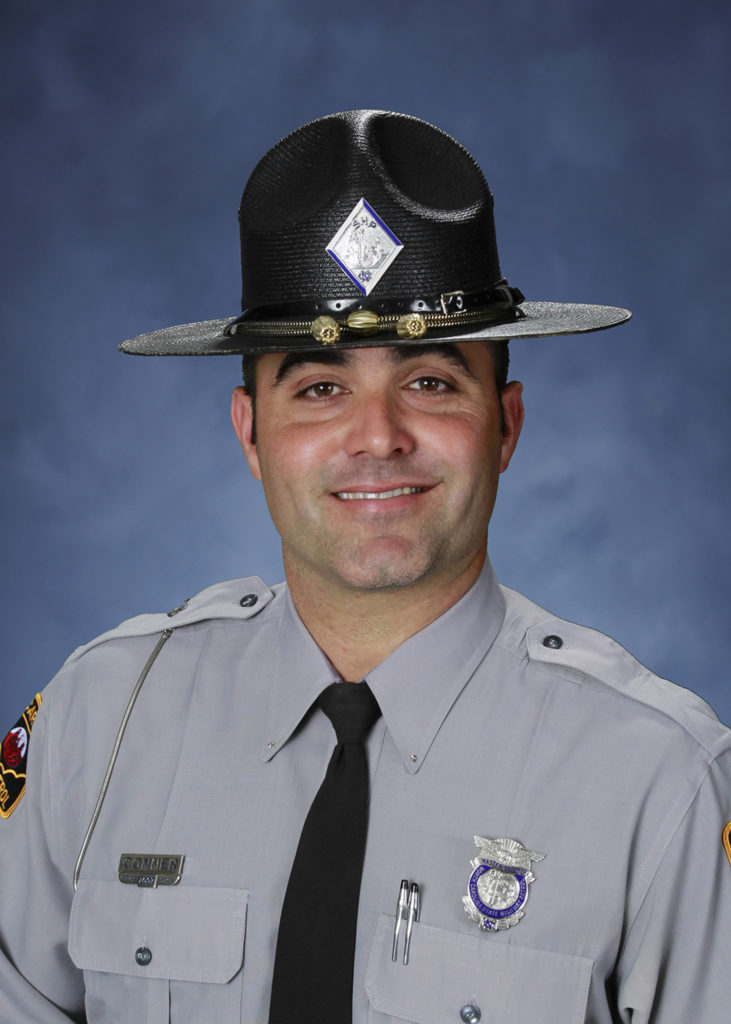 Fallen NC Highway Patrol Trooper Kevin Conner grew up in the town and its residents gathered to pay tribute to him. Trooper Conner was shot and killed in the line of duty early on Wednesday morning as he attempted to conduct a traffic stop on US 701 near Sellers Town Road.

Bladen County Sheriff Jim McVicker, who was in attendance, said, “My heart is broken.”

Many of those gathered recalled Trooper Conner as always being helpful to others.

He leaves behind a wife and two children ages 6 and 11 years old to cherish his memory.