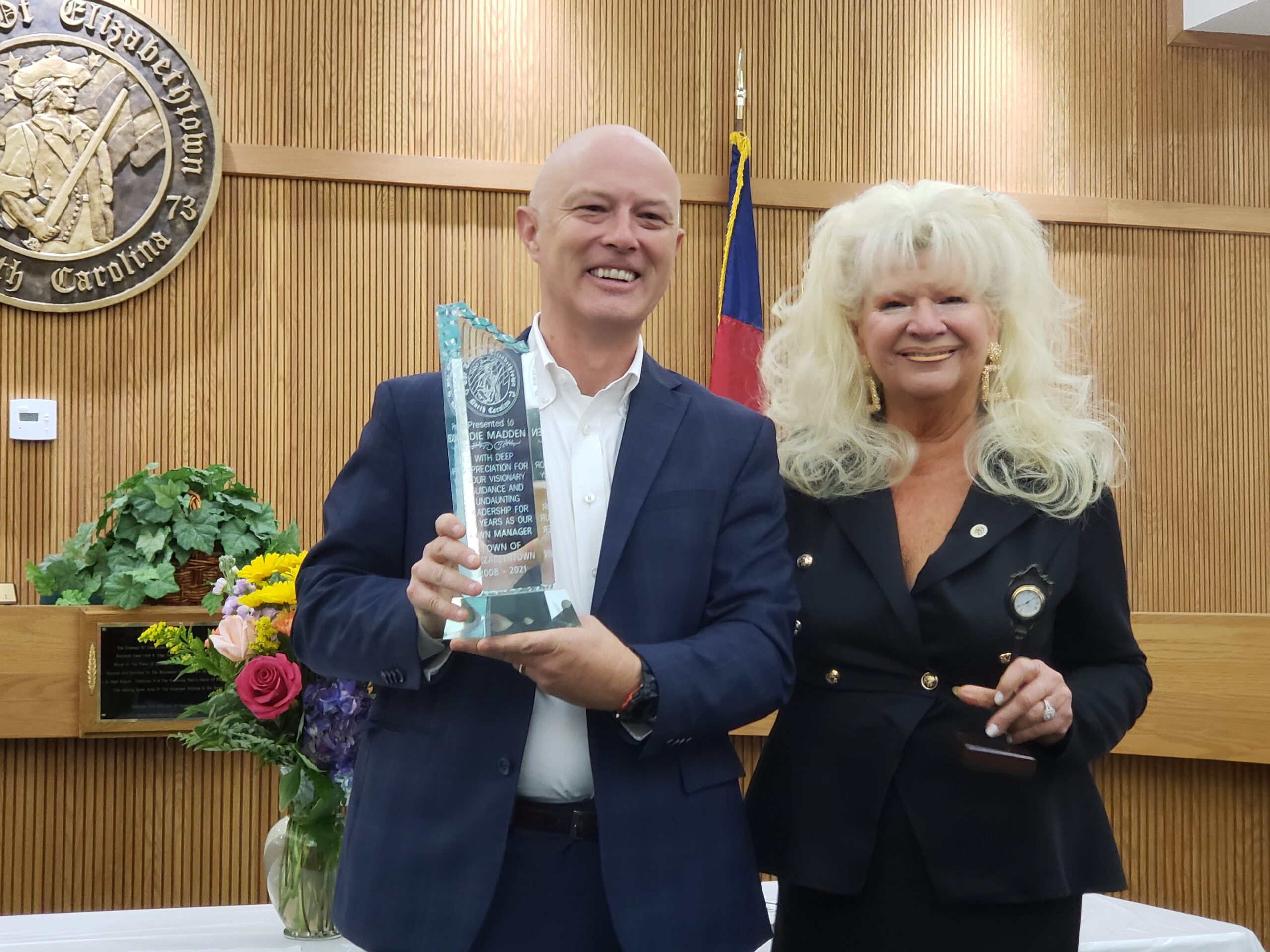 The Town Council and staff of Elizabethtown said their goodbyes to Eddie Madden yesterday in a private reception, wishing him well as he takes on Columbus County Manager’s role.

Expressing appreciation for his 13 years of service, Mayor Sylvia Campbell recalled many of the projects that Madden had completed during his time as Town Manager, including downtown revitalization, the airport terminal, Tory Hole Park, Brown’s Creek Bike Park, and Nature Trail, and the soon to be opened Greene’s Lake Conservation Park as well as helping the town to recover from several destructive hurricanes. The Mayor noted that in all, Madden was responsible for raising about $20 million in grants to help the town.

Many of the Council Members and staff also thanked Madden for his leadership, vision, and friendship. 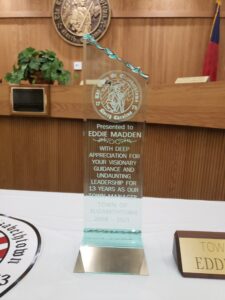 The Mayor presented Madden with a plaque and miniature replica of the town’s clock.

Madden’s wife, Dawn; three of his four children, and his parents were present for the reception, which was kept small due to COVID concerns

Tags: Eddie Madden Farewells Given to Town of Elizabethtown Manager