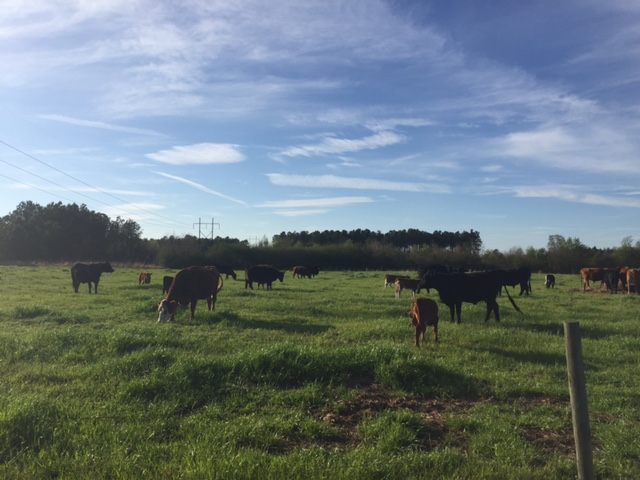 What a difference a month makes. This time last month things were going along very well, but we were cautiously watching a hurricane developing off the coast of Africa named Florence. As the days went by it became apparent to meteorologists that there was nothing in the weather pattern that would send Florence anywhere but on a collision course with North Carolina. As you all are well aware while we were spared a whole lot of wind damage in most of the state, about one-quarter of North Carolina and a significant piece of South Carolina experienced the highest level of rain in history and the resulting flood has dominated our lives ever since.

There were many impacts of the flood on agriculture, and the loss of pasture and hay will have an impact on the whole region at least through this winter. Given the amount of winter feed that was lost there is likely to be a lot of folks buying hay from within and outside the flood region. The storm also soaked a large swath of the Piedmont, and while the damage was much less than in the Southern Coastal Plain it still increased the spoilage of hay stored outside, and in some cases prevented normal hay production due to excessive moisture both before and after the storm.

So, this year it is especially important for you to get prepared for the winter by making sure your cows are in good shape, and that you have the hay and pasture you need to get to spring.

Body condition scoring cows (1 to 9 scale with 1 very thin and 9 very fat) is the most cost effective management tool you have. It can help you decide when to strategically improve the nutritional plane to get optimal production and reproduction. When you face a short and/or low quality feed supply like we have this year it is helpful to go through the cows and sort them into production groups, including body condition as one of the criteria. Many good managers will have a good body condition “mature cow” herd, and a herd that has the young, hard keeper, and older cows in it that will need a little better nutritional plane.