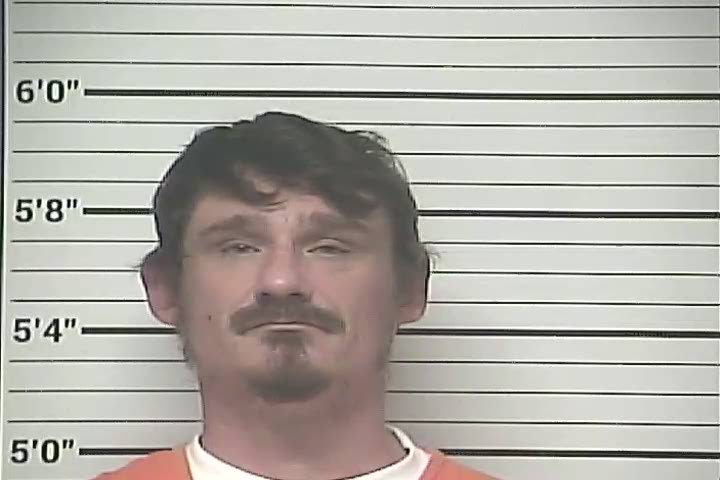 Shortly after 9:00 am on Thursday morning, January 2, 2020, the Bladenboro Police Department responded to 209 W. Walnut Street Apartment 3C, in reference to a female being injured and lying on the sidewalk. Bladen Central received two phone calls from people passing by who reported that a female was lying on the side walk bleeding.

Bladenboro Police Chief William Howell and Bladenboro Police Officers responded to the scene and found Kimberley Ann Beeding, a white, 63 year old female, who had severe lacerations to her throat and neck.

Beeding was flown by AirLink to New Hanover Regional Medical Center where she is being treated for her injuries.

Bladenboro Police Officers along with the Bladen County Sheriff’s Office developed a suspect, William Brent Shaw, a white, 36 year old male of Burney Road in Bladenboro.  Shaw was located at an address on Burney Road and still had on the bloody clothing believed to be worn during the attack.

Shaw was placed under arrest for Assault with a Deadly Weapon with Intent to Kill Inflicting Serious Injury and placed in the Bladen County Detention Center under a $100,000 secure bond.

“We are very appreciative of the community’s help in solving this crime as well as the help of the Bladen County Sheriff’s Office,” said William Howell Chief of the Bladenboro Police Department.

The Bladen County 911 Center received a call Thursday morning of a female with a severe laceration in Bladenboro. Emergency Medical Services and the Bladenboro Police Department were dispatched to West Walnut Street Apartments according to Bladenboro Chief of Police Will Howell.

Chief Howell confirmed the victim had been airlifted for medical attention due to the laceration on her neck. Howell also said a person of interest was in custody and being questioned at the Bladen County Law Enforcement Center.

Chief Howell said his office was receiving assistance from the Sheriff’s Office to process the crime scene and help with the investigation. At this time there appears to be no danger to the public.
More information will be provided as soon as it is made available.