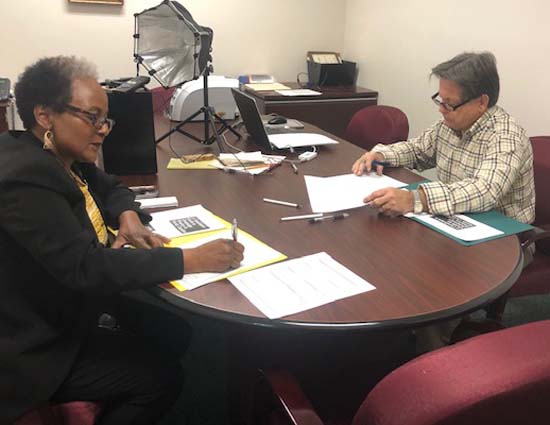 Bladen County commissioner Daniel Dowless, a Republican, will face a primary challenge for the District 2 seat as the filing period opened Monday. Rodney Hester of Bladenboro filed for the Republican primary.

Commissioners Ray Britt, Michael Cogdell and David Gooden also filed for re-election along with Greg Taylor for one of three at-large seats on the nine-member board, according to the Bladen County Board of Elections office. Cogdell and Taylor are Democrats. Gooden and Britt are Republicans.

Former commissioner and Democrat Jimmie Smith of Elizabethtown filed for the District 3 seat held by Republican Ashley S. Trivette. Ms. Trivette announce she would not be filing for re-election.

Tim Benton of Bladenboro filed for the Republican primary in the Board of Education race in District 2. Benton is a former school board member.

Republican William Brisson of Bladenboro filed for another term in the N.C. House of Representatives in District 22.

In the first article our writer had written: “Former commissioner Jimmie Smith of Elizabethtown filed for the District 3 seat held by Russel Priest.” However, that was incorrect. The seat Mr. Smith filed for was held by Republican Ashley S. Trivette announced she would not be filing for re-election.