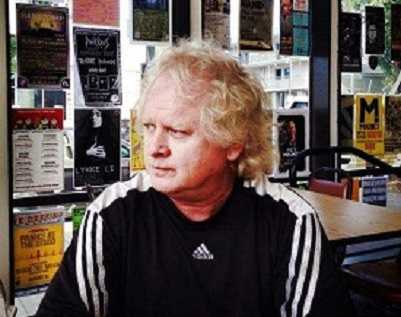 “Upside down and on fire is no way to end a great evening…” but Lenny manages to have it happen to him. As Lenny and his crew have shown over the course of two prior Crazy Beach adventures, it happens a lot. His memoir trilogy concludes with this epic series of “tracks” covering his adult life along with several trips back to the 1960s and 1970s. From somehow getting admitted inside Studio 54 in the late 1970s to another Woodstock adventure in 1994, Lenny keeps the laughs and tears a-coming as his roller coaster of misadventures escalates so rapidly he finds himself in the middle of a jailhouse riot.

Major life changes ensue, but Lenny can only be so good for so long until he sinks his own ship, again. Crazy Beach becomes Crazy Lake as Lenny spends 25 years living near the beautiful shores of one of the country’s prettiest bodies of water, our very own White Lake. Of course, Lenny’s life is always about the love of great music, cold beer, and all women. Some things never change. What could possibly go wrong?

The book, along with its two predecessors, “Crazy Beach-Disc I” and “Crazy Beach-Disc II-Crazier Beach” are available via Amazon (just type in L.R. Welborn), and at Old Books on Front St, and Pomegranate Books both in Wilmington, Island Book Store, and Federal Point History Center in Carolina Beach, Maritime Market on Bald Head Island, and chain locations everywhere.