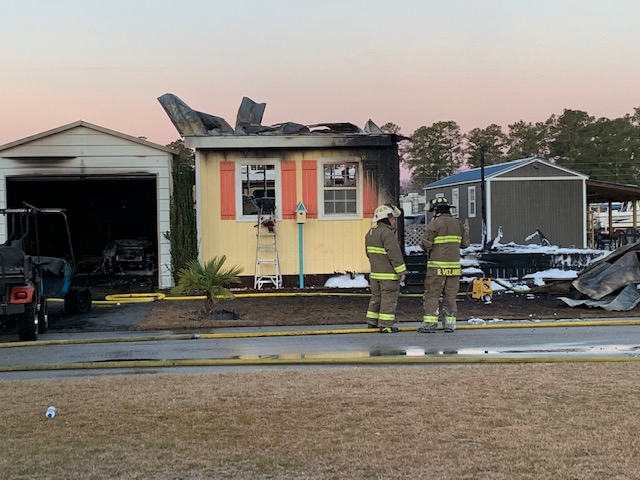 Fire at White Lake at Camp Clearwater under investigation

Fire officials are still working on Thursday to learn the case of a fire that occurred early on Wednesday morning at Camp Clearwater.  The fire was reported at 5 a.m. Wednesday at Gardenview Place, which is a street inside Camp Clearwater, where the fire engulfed two trailers.

“At this time there is nothing that looks like it was done intentionally,” said White Lake Fire Chief Dale Brennan. “We’re waiting to hear from the investigator.”

Brennan said the home where the fire started was not occupied. He added no one is living full-time in any of the campers involved in the fire.

He said firefighters have been periodically checking on the scene to make sure nothing is continuing to burn. Brennan said there is no danger to any other structures.

The investigation into exactly what caused the blaze remains under investigation. The campers are used as summer homes. No injuries were reported.