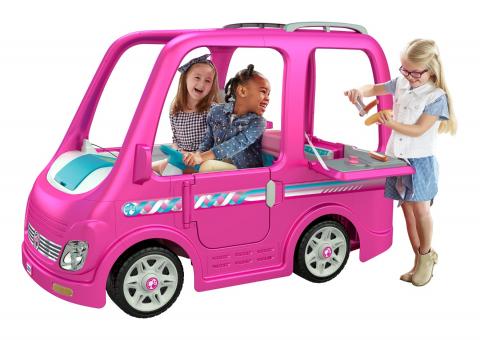 The Fisher-Price company has issued a recall for Power Wheels Barbie Campers due to an injury hazard. The Barbie dream Campers were sold at Walmart stores throughout the United States.

According to the Consumer Product Safety Commission, the vehicle can continue to move after the pedal is released which can lead to injuries. The Fisher-Price Company said it has received 17 reports of the vehicles continuing to run after the pedal was released. The model of the Power Wheels Barbie Dream Campers involved in the recall is model number FRC29 with a grey foot pedal. No injuries have been reported. The recall affects 44,000 vehicles.

Consumers should immediately take the recalled Power Wheels away from children, stop using them and contact Fisher-Price for a free repair at 800-348-0751 from 9 a.m. to 6 p.m. Eastern Standard Time Monday through Friday.