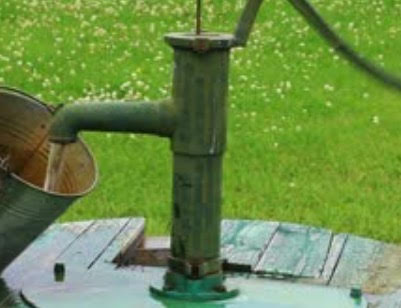 Hurricane Florence has left an indelible mark on Bladen County. The flooding which occurred in the aftermath of the storm has left many residents with damaged or destroyed homes.

Those residents who have chosen to return to flooded homes and attempt to make repairs are faced with many unique challenges and issues. One issue faced by residents is private (residential) wells that were impacted by flood waters.

There have been reports of wells in some North Carolina counties that were flooded being tested and found to  have E. Coli and/or fecal coliform bacteria contamination. Bladen County Health and Human Services Director Wayne Raynor said, as of Tuesday, he is not aware of any wells in Bladen County that have been reported to be contaminated with fecal matter or other bacteria.

Raynor added the Bladen County Health Department has not received any reports from the Emergency Room of patients seeking treatment for gastrointestinal issues following the hurricane. He explained that an increase in the number of gastrointestinal issues being treated could potentially indicate residents who may have wells that were contaminated with flood water.

Some of the symptoms a person may experience if a private well is contaminated with bacteria can potentially include nausea, vomiting, diarrhea and cramps.

Bladen County Environmental Health Director Kory Hair said, as of Wednesday, there have been seven private wells tested for contamination in Bladen County and none were reported to be contaminated. Hair added his staff have talked to numerous people regarding testing their wells and they are waiting for them to let them know what date they want the well to be tested.

Hair said prior to testing a well, the Environmental Health staff are requesting well owners to chlorinate the well first. He said the staff have a sheet available at the office located at 450 Smith Circle in Elizabethtown that explains the steps to chlorinate your well. If you don’t feel comfortable doing it yourself, a plumber or well driller can chlorinate the well for you.

When asked about possible contaminates such as fecal matter, Hair said, “We have not had any reports of E. Coli.”

Hair said occasionally a report will come back positive for coliform. He said while that is not an indicator the water is bad, it does indicate there is some type of bacteria present. Hair said the owner will be advised not to drink the water and to rechlorinate the well. Once the well has been rechlorinated, then it can be retested to see if the contamination has been removed.

Hair said once the lab sends the report on the water sample, Environmental Health staff will contact the well owner regarding the next steps to take to decontaminate the well based on information contained in the report. The well owner will receive a copy of the report.

Raynor said the Kelly community is one area of the county that was heavily impacted by flooding. He said Bladen County is offering free well testing to residents whose wells were submerged by flood waters.

“We are taking requests from homeowners with flooded wells for testing. We come out and collect the sample,” said Raynor.

He said residents whose wells have been flooded can call the Environmental Health Department at 910-862-6885 to schedule a time for their well to be tested.

Raynor said the tests performed on the wells include checking for fecal matter, coliform and other contaminates. Raynor said if a well is properly sealed, properly capped and properly grouted, it most likely was not breached by flood water but testing of wells subjected to flood water can ensure there is no issue with the water.

Raynor said wells that were not flooded during the storm are not being tested at this time.

Robinson also said there have been no reports of individuals seeking treatment for gastrointestinal issues.

Like Bladen and Columbus Counties, Robinson said Sampson County is offering free testing for private wells that were flooded.

She explained that the Columbus County Environmental Health Department can help residents to disinfect their well if they have tested positive for contamination.

The North Carolina Department of Health and Human Services has distributed free well testing kits to the health departments in the 23 counties that were impacted by flooding from Hurricane Florence, according to the Raleigh News and Observer. Of the kits that have been submitted for testing, 14 percent were found to have E. Coli and/or fecal coliform bacteria compared to just 2 percent of wells that tested positive between January and September, according to reports.