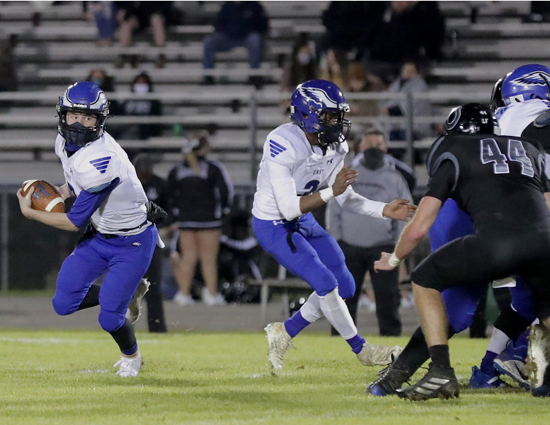 McKoy fielded the opening kick-off and raced 77 yards for a touchdown. Senior Zach Meares booted the extra point to give the Eagles a 7-0 lead with only 11 seconds having ticked off the clock.

The Stallions answered at the 5:50 mark of the quarter as Deonta Elmore carried 2 yards for the touchdown but a failed conversion attempt left East Bladen on top 7-6. 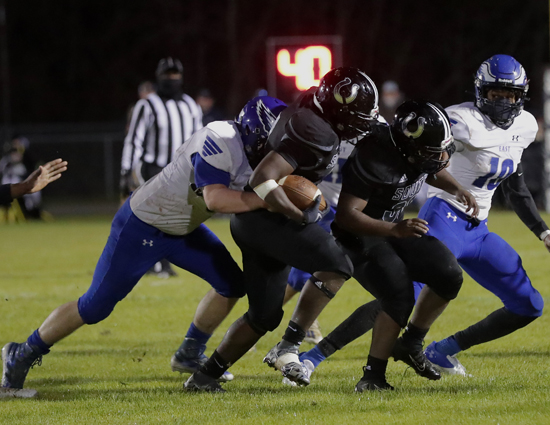 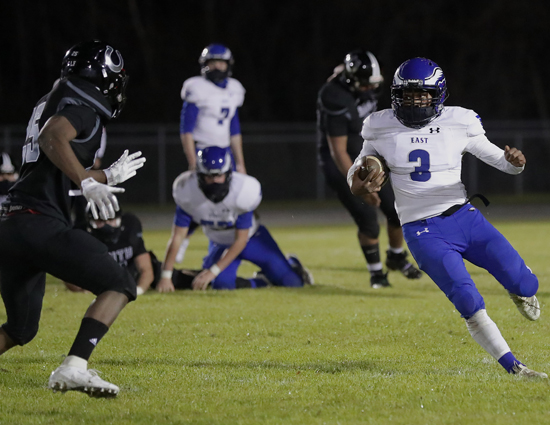 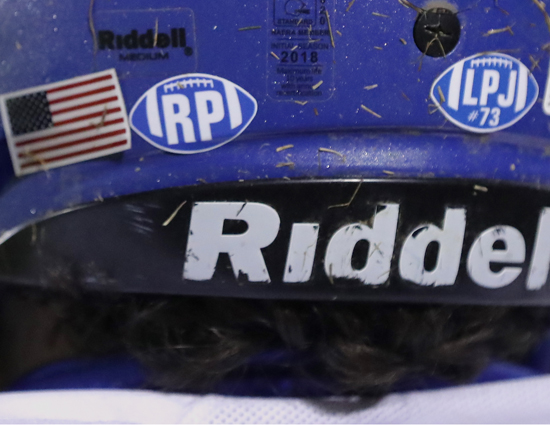 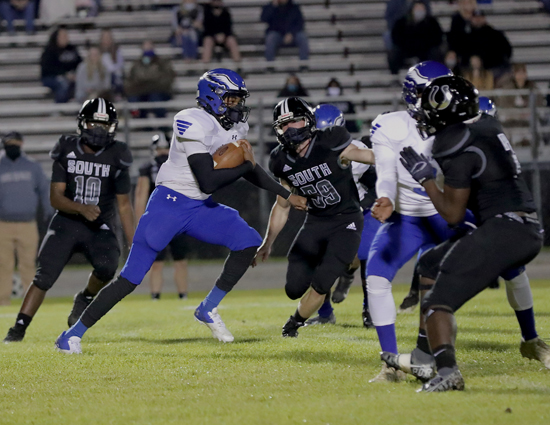 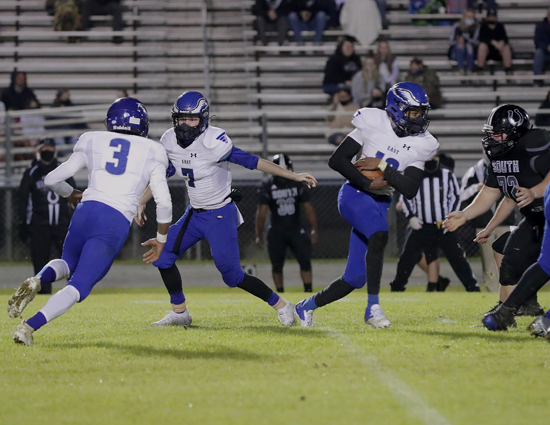 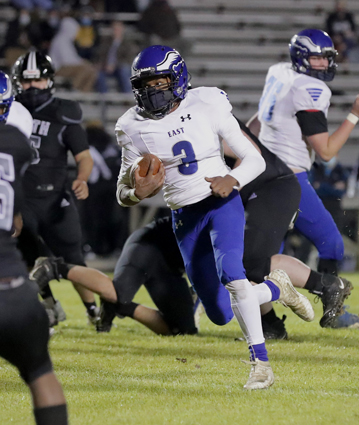 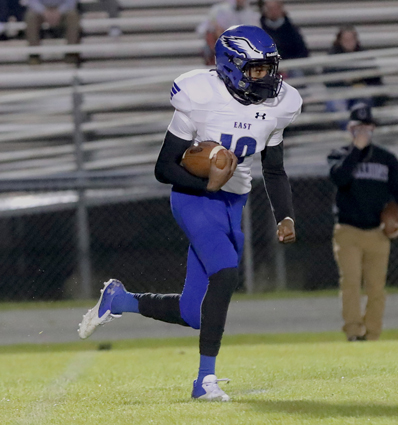 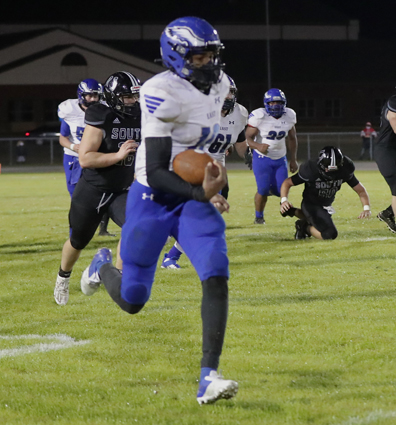 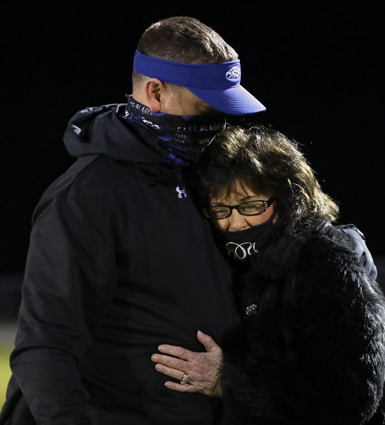 Junior Raymond Autry, Jr. bolted 27 yards for an Eagle touchdown 2 minutes into the 2nd quarter. The extra point failed but East held a 13-6 lead. Back came the Stallions as Jaheim Dixon darted 11 yards to the end zone, and Oscar Pineda’s extra point tied the game to 13-13.

The Eagles flew back down the field as McKoy broke free and galloped 45 yards for a touchdown. A run for the 2-point conversion failed, and East led 19-13.

East Bladen ended the half just as it began – with a McKoy touchdown. Meares connected with the tall senior on a 28-yard touchdown pass with only 5 seconds left before intermission.  Autry ran the 2-point conversion to boost the Eagle lead to 27-13 at halftime.

After the teams battled through a scoreless 3rd quarter, McKoy popped free again on the first play of the final period and sprinted 73 yards for his 4th touchdown of the game. The Eagle lead grew to 35-13 after Meares tossed a 2-point conversion pass to senior Javant McDowell.

JaNathan Frink ran 4 yards for the final Stallion touchdown at the 8:34 mark, and Dixon tacked on the 2-point conversion run to slice the final margin to 35-21.

McKoy rushed 9 times for 148 yards and 2 touchdowns. Autry carried 6 times for 71 yards and a touchdown as the Eagles held a 300-222 advantage in rushing yards and a 328-222 edge in total yards. Freshman Masion Brooks gained 39 yards on 2 attempts, and junior Javius Brooks added 35 yards rushing on 8 carries.

Elmore was the workhorse of the Stallion attack with 121 yards rushing on 25 attempts. Dixon picked up 60 yards on 9 carries. The Stallions held a 30-17 edge in time of possession, but the quick-strike capability of McKoy and the Eagles proved to be the difference.