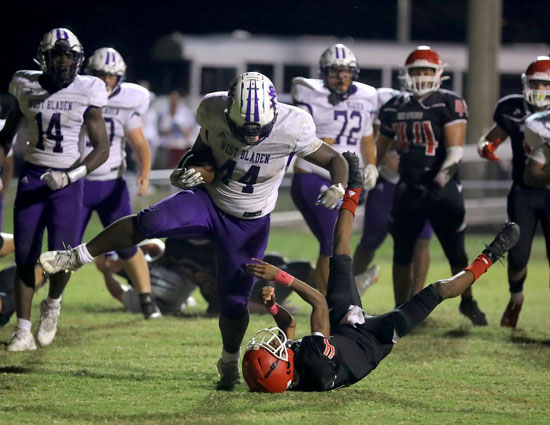 Robinson pounded the Red Springs line 24 times for 188 yards and 4 touchdowns. Parker only carried the ball 9 times but racked up 149 yards and scored on runs of 58 yards and 43 yards. 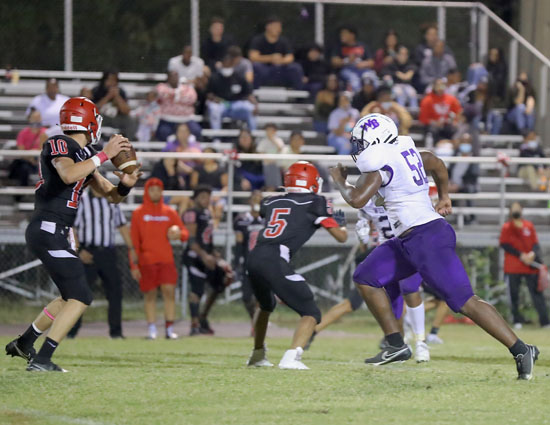 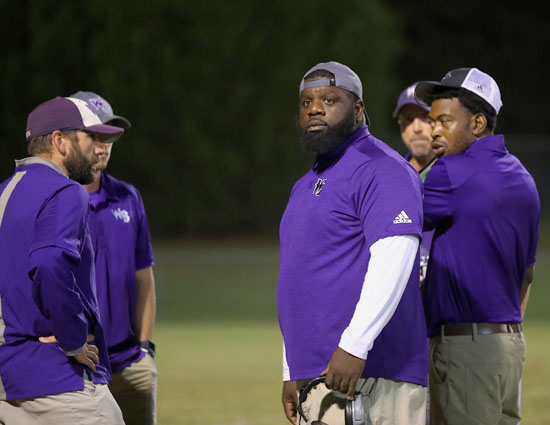 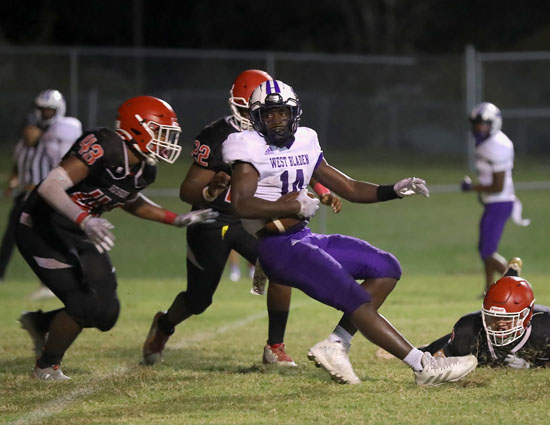 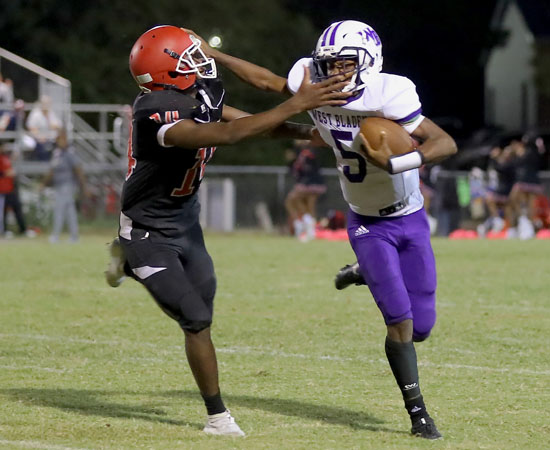 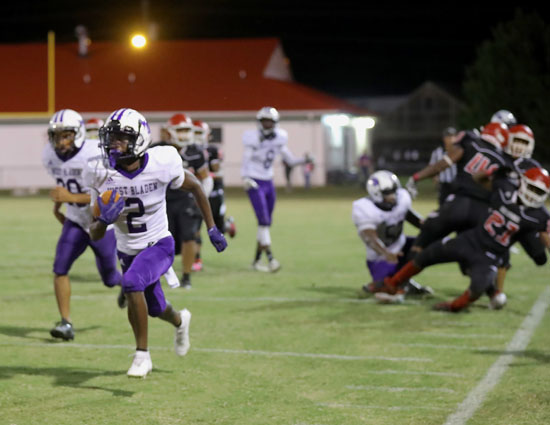 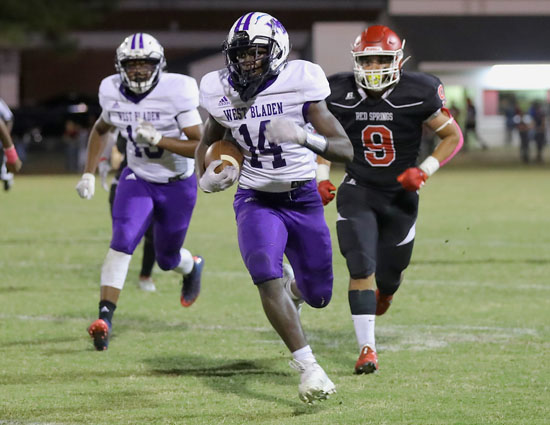 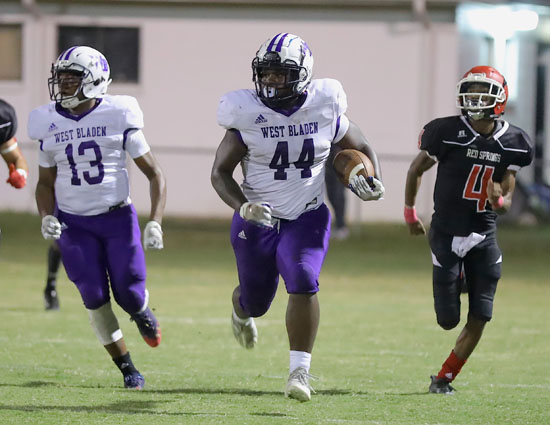 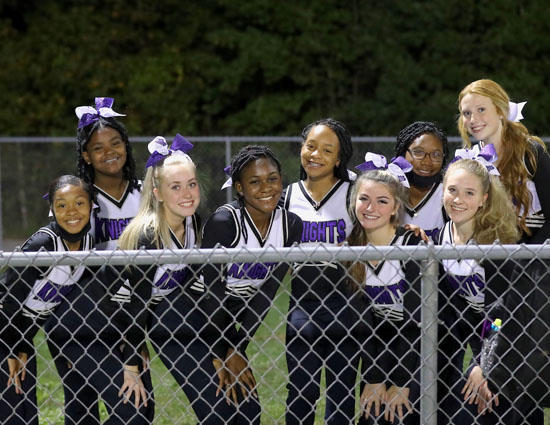 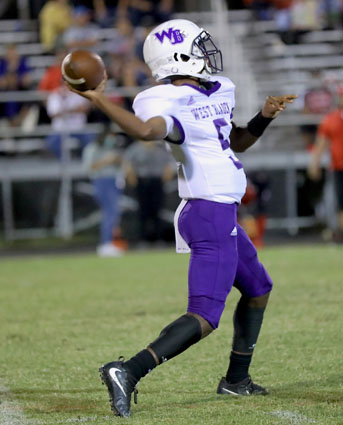 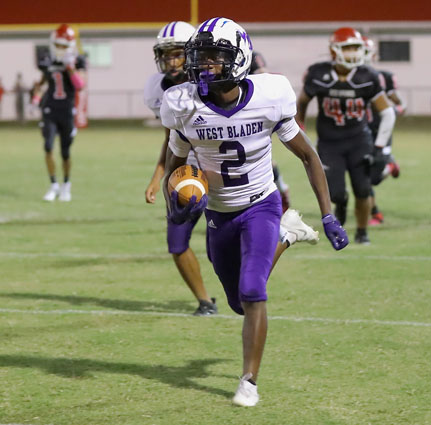 Robinson pounded the line on a 2-yard touchdown run at the 8:15 mark of the 1st period to put West in front 6-0.

Mishon Wilson’s 11-yard touchdown run for Red Springs along with Angel Washington’s extra point kick pushed the Red Devils ahead 7-6 with 4:35 on the 1st period clock.

Wilson ran 4 yards for another TD, and Washington tacked on the point for a 14-6 Red Devil lead 9:56 before halftime.

Parker broke loose and raced 58 yards for a Knight touchdown that sliced the Red Springs lead to 14-12 with 8:14 left in the half.

After the Knight defense stopped Red Springs, junior Tydrick Stewart fielded the Red Devil punt and scooted 74 yards to vault West Bladen in front 18-14 with 5:37 on the clock.

On the next West Bladen possession, Parker popped loose and dashed 43 yards for his 2nd touchdown and a 24-14 Knight halftime lead.

After intermission Robinson and the Knight ground game took charge. Robinson powered into the end zone from a yard out for his 2nd touchdown. The extra point failed but the lead grew to 30-14 with 8:34 on the clock.

Robinson blasted through the line and galloped 25 yards for his 3rd touchdown 48 seconds before the quarter break. Sophomore Jordan Hester booted the extra point to boost the lead to 37-14.

With 7:05 remaining Robinson busted loose again on a 21-yard touchdown run. Hester tacked on the point for a 44-14 lead.

Jarriah Thompson scored on a 1-yard TD run for Red Springs. Washington added the extra point for the final margin of 44-21.

The Knights totaled 394 yards rushing and 421 yards of offense. Freshman Hezekiah Adams ran 6 times for 33 yards and completed a pass to Stewart for 27 yards.

The Red Devils rushed for 124 yards and totaled 295 yards of offense.

West Bladen will travel to Midway Friday for a 7 p.m. game.