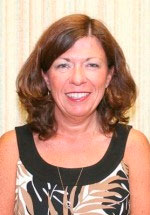 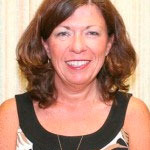 From June through September, you can enjoy the freshness and flavor of delicious locally grown cucumbers that have been picked at their peak. Slicing and pickling cucumbers are the most commonly grown. The cucumber is a member of the gourd family and originated thousands of years ago in either India or Thailand. The Spaniards introduced the cucumber to the Native Americans. The phrase “cool as a cucumber” came about because the cucumber’s interior flesh is 20 degrees cooler than the outside air temperature on a hot summer’s day, making it cool to eat.

Cucumbers are naturally high in water and are a good source of vitamin C, vitamin A and potassium.  One-half cup of sliced cucumbers has only seven calories.  Since most of the fiber and a small amount of beta-carotene are present in the cucumber skin, you may choose to leave cucumbers unpeeled. The calorie and sodium content of pickled cucumbers depends on the pickling method.

Choose firm, fully green cucumbers with no yellowing or soft spots. Slicing cucumbers that are 6 to 9 inches in length are well-suited for eating.

Cucumbers are inexpensive in season and lend themselves to both hot and cold dishes. Always wash fresh cucumbers in cool running water, wiping off visible signs of dirt. Cucumbers are normally eaten when they are immature and the seeds are edible and surrounded by a mild, crisp flesh. As a cucumber matures, the seeds grow larger and more bitter, so the seeds of older cucumbers need to be removed. Simply slice the cucumber lengthwise and scoop out the seeds with a spoon. For pickling, follow your recipe instructions. Three to 4 pounds of cucumbers will yield about 5 to 6 pints of pickles.

Soak cucumbers in salt water for use in salads. This prevents the cucumbers from losing their water content, which will dilute salad dressing. Cucumbers have a natural affinity for dill, mint, and parsley, so these herbs make good flavorings.

Place cucumbers in a bowl.  In a small bowl, whisk together the vinegar and oil.  Add the parsley, sugar and orange peel.  Pour over cucumbers.  Cover and refrigerate for at least 3 hours, stirring several times.  Yield:  3 servings

Rinse and peel cucumbers. Cut in half lengthwise and remove seeds with a spoon.

Slice cucumbers thinly. Put cucumbers in a bowl with salt. Mix and let stand in the refrigerator for 1 hour.

Drain and squeeze out moisture. In a skillet, mix together vinegar, sugar, ginger, and sesame seeds, and bring to a boil. Pour over cucumber slices. Refrigerate for 24 hours before serving.  Store in refrigerator.

Fall in Bladen: Thanksgiving in the Mother County