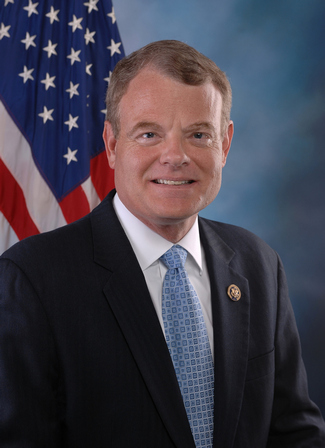 Mike served the Seventh Congressional District in Congress from 1997-2015. He joins Ward and Smith as the Senior Advisor to Government Relations and Economic Development.

With close to 40 years of legal and business experience and nearly 20 years as a public servant, Ward and Smith is honored to announce that former U.S. Congressman Mike McIntyre has joined the firm. Mike will serve as the Senior Advisor to Government Relations and Economic Development.

“Mike has a proven track record of fighting for North Carolina residents,” stated Brad Evans, Ward and Smith’s Co-Managing Director. “We’re very fortunate to have someone with his level of experience now advocating on our clients’ behalf.”

Mike was first elected to represent North Carolina’s 7th Congressional District in the U.S. House of Representatives in 1996.  He spent nine consecutive terms developing and supporting policies promoting economic development and business opportunities in our state, especially in coastal communities, rural areas, small towns, and military communities. Mike also served as the No. 2 ranking member of the House Agriculture Committee and was the No. 3 ranking member of the Armed Services Committee.

“I’ve known Mike for decades. His dedication, commitment, and extensive knowledge of local, state, and federal issues are unparalleled.” Jamie continued, “The caliber of our Government Relations team was extensive before. With Mike joining the team, our capacity to represent clients in and out of North Carolina is bar none.”

“My whole career has been dedicated to building a stronger North Carolina,” Mike remarked. “I’m thrilled to be part of a firm that shares this steadfast belief, and I look forward to continuing efforts to bring more opportunities for business growth and development to our clients and surrounding communities.”

Mike’s practice will be based in the firm’s Raleigh office and will include work on behalf of clients in Washington, D.C. and across the state.

About Ward and Smith

Ward and Smith, P.A. is a full-service law firm with more than 90 attorneys working as a team from Asheville, Raleigh, Greenville, New Bern, and Wilmington. The firm is nationally recognized as a “Best Law Firm” for its professional excellence and breadth of legal expertise.