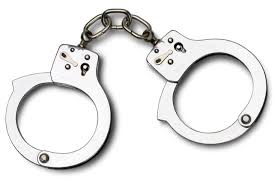 Four individuals have now been arrested following an investigation into election fraud in Bladen County. A fifth individual who was indicted has not yet been arrested.

“The SBI is working with local law enforcement to arrest Rebecca D. Thompson in connection to this investigation,” Anjanette Grube, Public Information Officer with the North Carolina State Bureau of Investigation (NC SBI).

Matthew Monroe Mathis was arrested in Sampson County on Tuesday night and Tonia Marie Gordon turned herself in at the Bladen County Magistrates Office on Tuesday, according to the NC SBI.

Mathis has been charged with conspiracy to commit felonious obstruction of justice, possession of absentee ballot and falsely signing certification on absentee ballot. His next court date is April 1, 2019 in Wake county Superior Court.

Gordon has been charged with conspiracy to commit felonious obstruction of justice and possession of absentee ballot. Her next court date is March 26, 2019 in Wake county Superior Court.

Caitlyn Croom was arrested in New Hanover County on Sunday night and is scheduled to appear in Wake County Superior Court on Friday, March 8, 2019.

Croom, Mathis, Gordon and Thompson were indicted along with Dowless by a Wake County Grand Jury last week.

Dowless was arrested by the NC SBI on Wednesday, February 27, and placed in the Wake County Detention Center under a $30,000 secured bond. He was bonded out on Thursday, February 28, by Bladen County Commissioner Ray Britt who delivered the bond check “on behalf of others.” Dowless is scheduled to appear in Wake County Superior Court on Monday, March 25, 2019.