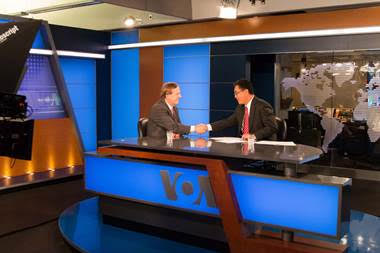 Should the federal government treat able-bodied adults better than the disabled or elderly?

When President Lyndon B. Johnson first signed Medicaid into law, the program was intended to serve the most vulnerable Americans, including the elderly, disabled, children, and pregnant mothers. But under President Obama, Medicaid’s focus shifted to include able-bodied, childless adults, which took care away from those who need it most.

This is particularly problematic because, under Obamacare, the federal government covers at least 90 percent of Medicaid costs for able-bodied adults, while only covering an average of 57 percent of costs for those most in need. In other words, states and health care providers have an incentive to treat able-bodied adults more than the elderly, disabled, children, and pregnant mothers.

Fortunately, North Carolina wisely opted against Medicaid expansion, but in states that did accept expansion, the results have been disastrous. In Illinois, for example, 752 Americans on the state’s Medicaid waiting list have died awaiting needed care since the state expanded Medicaid to include able-bodied adults. This outcome is unacceptable. Not only has Medicaid expansion put our most vulnerable at risk, across the country, costs from Medicaid expansion have been 67 percent higher than expected.

Our House Republican plan to repeal and replace Obamacare addresses this issue by scaling back Obamacare’s misguided Medicaid expansion to ensure states no longer have an incentive to treat able-bodied adults better than the disabled and elderly. As a Member of the Steering Committee for the conservative Republican Study Committee, I’m also pushing to include common-sense work requirements for all able-bodied, childless adults on Medicaid.

The American Health Care Act also includes reforms to ensure the long-term stability of Medicaid and to increase accountability. A recent Government Accountability Office report found that 9 of 12 fictitious applications made during the 2016 special enrollment period were approved. This means bad actors can abuse the system and take your tax dollars for services provided to “patients” who exist only on paper.

As a Member of the North Carolina Senate, I led efforts to root out waste, fraud, and abuse in Medicaid after we found up to 20 percent of payments may have been improper. North Carolina is now a leader in fraud detection, and it’s time we made similar reforms at the national level.

Right now, part of the problem is a blank check from the federal government. States have no incentive to promote accountability. Under our House Republican reform plan, Medicaid would transition to a system of per capita spending caps for each state, with specific funding for the elderly, blind and disabled, children, and the able-bodied adults who were enrolled under Obamacare. This reform will promote accountability and save $880 billion, which will go back into the pockets of hardworking American families.

There has been a lot of misinformation and scare tactics about our plan to repeal and replace Obamacare, but please don’t be fooled. This is a conservative bill that represents a huge improvement over the failed Obamacare experiment and implements Medicaid reforms that conservatives have been fighting to achieve for decades. As we proceed through a transparent legislative process, I look forward to hearing from constituents and working with a unified Republican government to deliver market-driven, patient-centered health care to the American people.

THIS WEEK IN WASHINGTON

This week, I helped pass legislation to increase accountability at the VA. The legislation gives the VA Secretary increased flexibility to remove, demote, or suspend any VA employee for poor performance or misconduct. Under the current bureaucratic system, it can take several months or even more than a year to remove certain employees, regardless of improper conduct. This bipartisan legislation also increases protections for whistleblowers, so current VA employees can feel comfortable speaking out against problems they witness on the job.