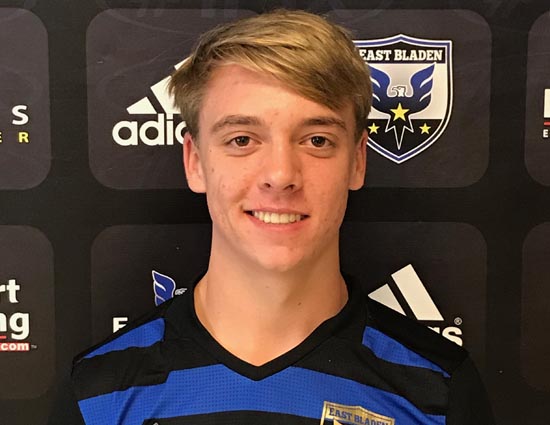 East Bladen senior Gabe Barber has been named to the East team for the East/West All-Star Soccer Game that will be played in Greensboro in July. Barber is the first Eagle and the first Bladen County player to be selected to play in this elite all-star game.

After leading the Eagles to their third consecutive Three Rivers Conference soccer championship, Barber was named the league’s Player of the Year. He was also named to the North Carolina Soccer Coaches Association Class 2A All-State team.

“Gabe was a heck of a leader and a player,” said Eagle Coach Jay Raynor. “He came through in big moments throughout the year and made himself standout amongst the best in the state.”