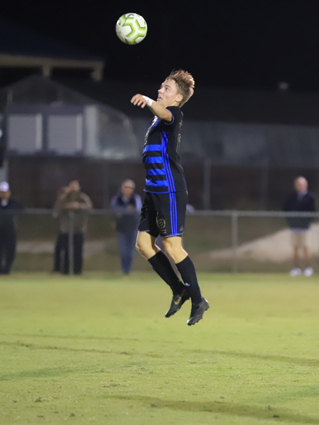 East Bladen senior Gabe Barber has added another honor to his growing list of accolades by being named to the 2019-20 All-Region Boys’ Soccer Team by the Fayetteville Observer.

Barber will be invited the to the Observer’s Best of 910 Preps award banquet in June where the Region Player of the Year will be announced.