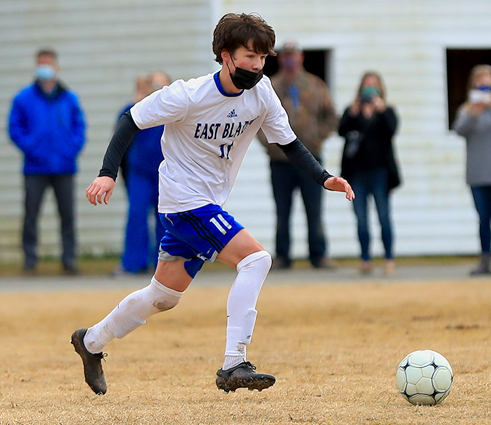 “Garrett played roughly 60 of the 80 minutes as well as multiple positions including left and right winger, center forward and center back,” said East Bladen Coach Jay Raynor. “He had a good showing and held his own contributing in many ways to the East victory.”

Holly Springs’ Drew Lovelace, a Wofford signee, scored 2 goals as the East built a 3-0 lead and was named the game’s Most Valuable Player.