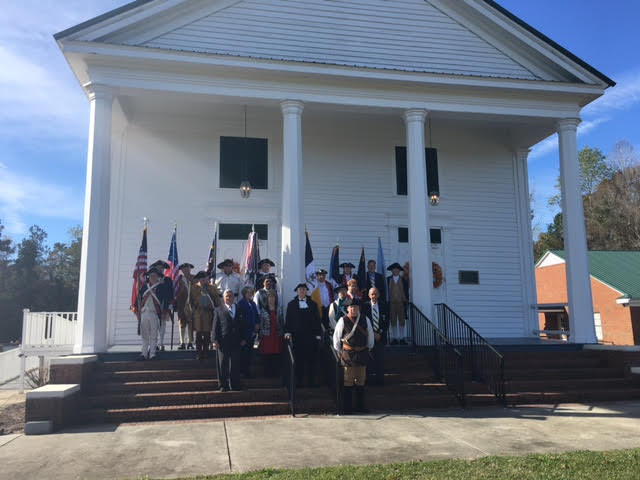 A Patriot was honored in Bladen County Saturday morning at Cravers Creek United Methodist Church with a Grave Marking Dedication Ceremony. General Thomas Brown was honored by many on the sunny autumn morning.

Southeastern District of the NCSSAR, David Mann said, “Our Society honors and documents the Patriots in this region.”

According to the NCSSAR Brown was born in Bladen County on January 17th, 1744. He was an early Revolutionary War Patriot leader in the region serving as a member of the Committee of Safety in Wilmington and also was appointed by the Provincial Congress to serve in a military capacity under Col. Thomas Robeson.

Brown was a leader in the Battle of Moore’s Creek Bridge as well as the Battle of Elizabethtown, and was active in suppressing Loyalist uprising in the region. Brown also served North Carolina as a Senator in 1785, 1786, and 1788.

The Society invited everyone to tour the Oakland Plantation, a Federal Period structure and home place of General Brown near the church off Elwell Ferry Road immediately after the ceremony.