Loss and death bring changes to any environment. This year Bladen County teenagers lost a talented, beloved friend, Aldo Hernandez, who was a junior at West Bladen High School. After Hernandez passed away due to injuries sustained in a vehicle crash, the youth had a lot of questions, according to local leaders.

Evangelist, David Pait with Real Word Outdoors pitched an idea to his followers about a youth revival. Pait along with other religious leaders met to create a revival to reach out to the hurting youth.

The group wanted to give hope to the hurting and decided to have a youth revival event. Get Lit Bladen 2k19 was the name of the event held this past Saturday at Elizabethtown Middle School.

During the planning process, Pait said, “We were all sitting in the meeting trying to figure out how we could reach the youth.” 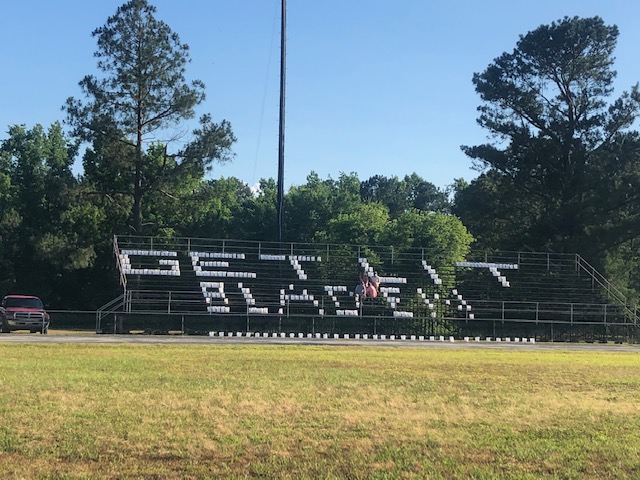 The group decided to use the term “Get Lit” because the youth today use the term to mean something good, Pait explained, even though some older people think the term means something negative.

Get Lit Bladen 2k19 takes the popular term to grab the attention of the youth and uses it to teach what it means to be the light as in Matthew 5:14, which says, “You are the light of the world. A town built on a hill cannot be hidden.”

Pait added, “We want them to be the light of this county. Let the light shine through them.”

The event was a success according to many of the organizers. There were nine professions of faith made and some where baptized at their church on Sunday according to Pait. The organizers are working to make sure all the youth are followed up with to make sure they have a home church to plug into.

The teens were encouraged to text @getlitbl to 81010 for assistance. Talk of having another event was tossed out before the first Git Lit Bladen was over.

Hernandez’s family was at the event and said they were grateful that through his death others are being impacted in a positive way, Pait said. Hernandez’s family offered to assist the growth of the youth outreach by providing bilingual assistance.

“We really need to unite the youth of Bladen County and I think God is opening this door to reach more youth,” Pait said.

More involvement from people who do not attend church is another goal the organizers hope to reach. He said, “We need to reach the people not in church. It’s going to take believers bringing them to this event.”

There was a meeting Monday evening at Foundation Church in Elizabethtown for all students who wanted to connect and who do not have a church they attend.

For prayer or a private confidential conversation text @getlitbl to 81010. The outreach now has an official Facebook page as well. To find out more visit:

Published in Church and Lifestyles