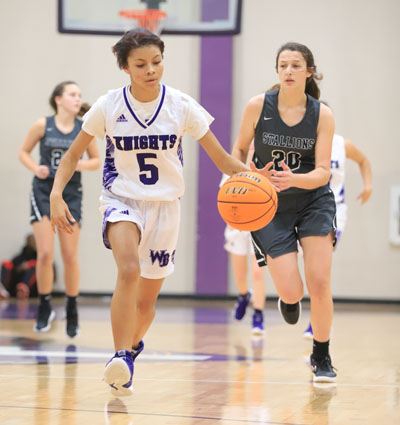 “Seniah played very well,” said Lady Knight Coach Brian McCleney. “This was probably the best game that she has played here. Everybody played well and contributed.” 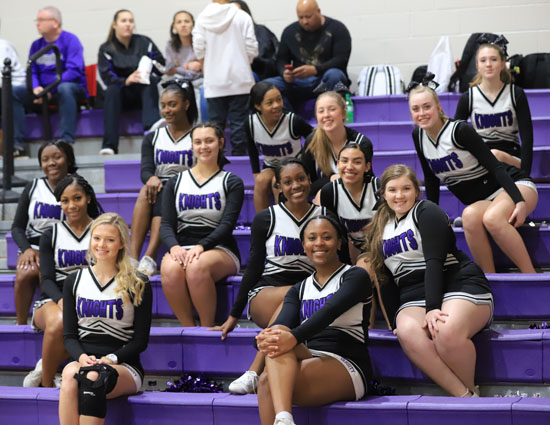 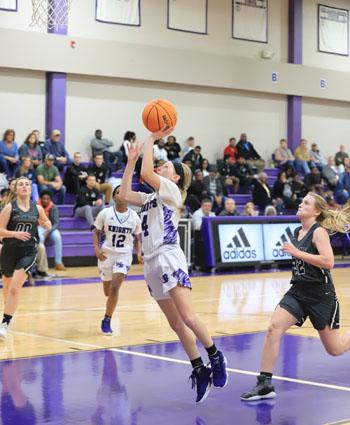 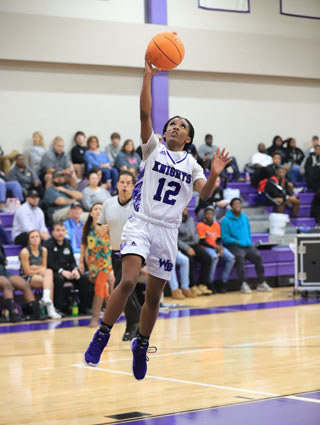 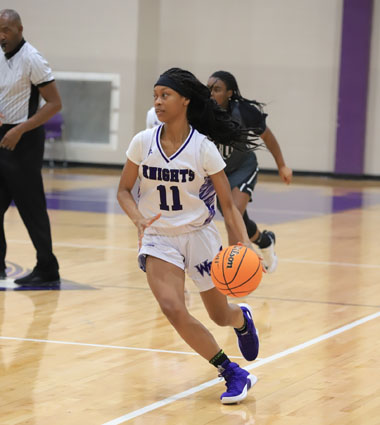 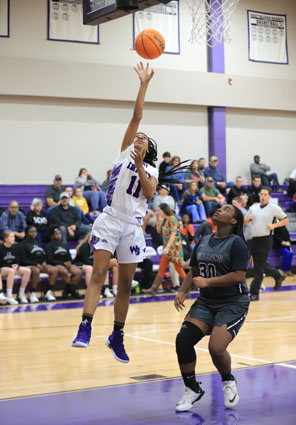 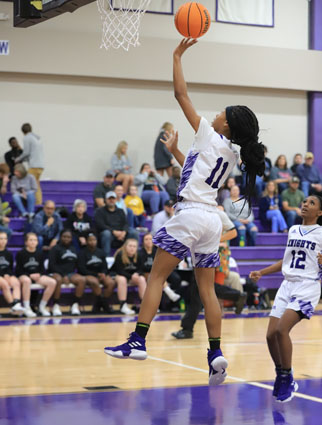 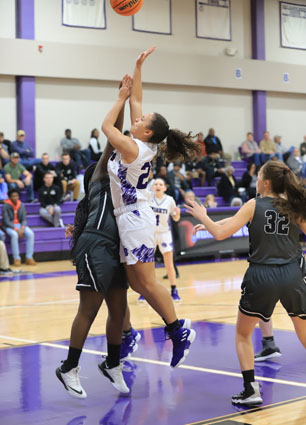 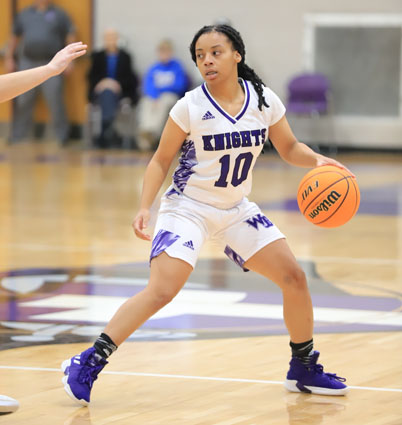 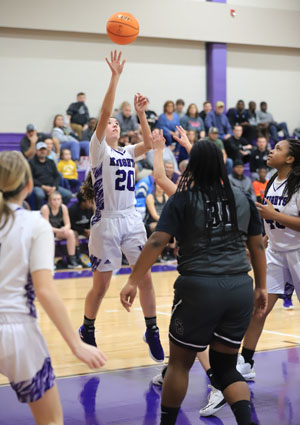 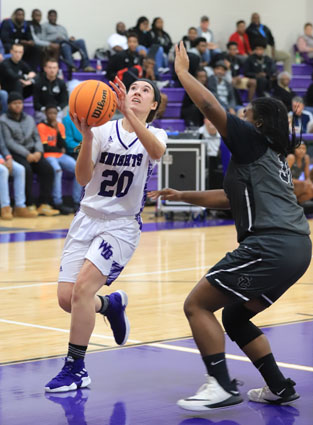 Sophomore Haley George threw in a trio of first period baskets and a free throw. Johnson sank 3 free throws, Kasee Singletary nailed a 3-point shot, and senior Lexie Corrothers dropped in a basket as the Lady Knights raced to an early 15-5 lead.

Johnson lit up the scoreboard with 3 baskets and 4 free throws in the second period as the West Bladen lead ballooned to 32-10. Senior Mikayla Meadows tossed in a basket and a free throw, freshman Rylee Chadwick pumped in a basket, and George made 2 free throws.

Singletary drained a 3-point shot and 2 free throws in the third period. George and Corrothers connected on 3 free throws each, Johnson and Meadows flipped in baskets, and sophomore Hannah Pait netted a free throw as the margin swelled to 48-24.

Johnson popped in a basket in the final period. Corrothers and Singletary cashed in 2 free throws each, and George added a free throw.

George totaled 13 points for the winners. Singletary followed with 10 points, and Corrothers finished with 7 points.

“It was a very physical game,” noted Coach McCleney. “I think that was good for us to shake some of the rust off from Tuesday’s game. I was proud of the way the girls kept their cool and kept playing.”

The Lady Knights, now 6-1 in the TRC and 8-3 overall, will travel to Fairmont Friday night after exams.