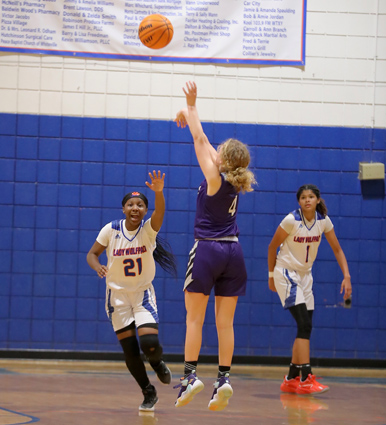 Smith lit up the scoreboard with 10 of her game-high 15 points in the 1st quarter to spark Whiteville to a 15-8 lead. Sophomore Mallory Bryan buried a pair of 3-point shots, and junior Hannah Pait powered in a follow shot for the Knights in the quarter. 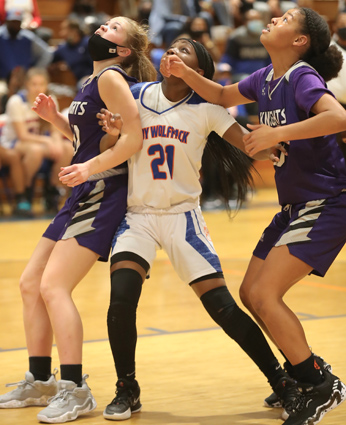 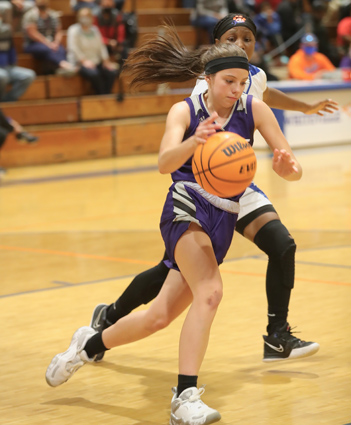 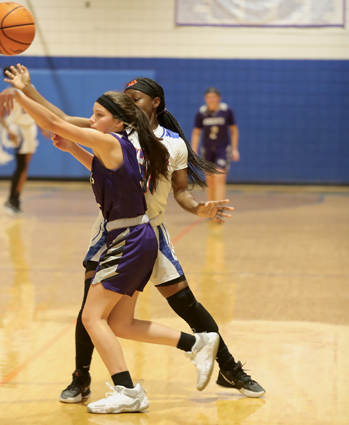 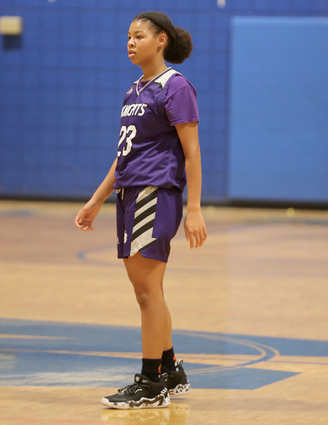 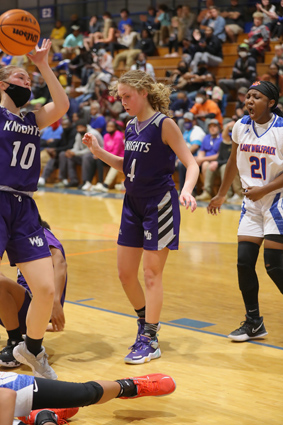 The Whiteville defense forced a number of turnovers in the 2nd period and turned them into lay-ups during another 15-8 surge that pushed the Lady Wolfpack lead to 30-16.

Bryan popped in a 12-footer, freshman Holland Davis flipped in a follow shot, and sophomore Brookee Singletary sent a pass to senior Anasia Baxley for a lay-up then popped in a turn-around for the Lady Knights in the 2nd period.

Bennett dropped in 6 of her 14 points for the Lady Wolfpack in the 3rd quarter.

Singletary started the 2nd half with another turn-around for West then hit a free throw. Bryan cashed in 2 free throws, before sophomore Megan Pait drained a 3-point shot. Freshman Kiera Lewis turned a Bryan assist into a lay-up that closed the gap to 40-26.

Lewis sank a free throw to begin the final quarter, and Bryan nailed a 17-footer to whittle the lead to 40-29. However Bennett canned a 16-footer, and Smith pulled up for a 12-footer and a 44-29 Lady Wolfpack lead.

Singletary pumped in a free throw then banked in a short jumper. Junior Lainey Autry tossed in a follow shot and another basket, but the Lady Wolfpack held on for the win.

“The girls played hard,” said West Bladen Coach Brian McCleney. “They had panicked when Whiteville got that run, but we responded well in the second half and did better in the zone.”

Bryan topped the West Bladen scoring list with 14 points, and Singletary followed with 8 points. The Lady Knights, now 3-2, were still without 5 players who are sidelined by contact tracing.