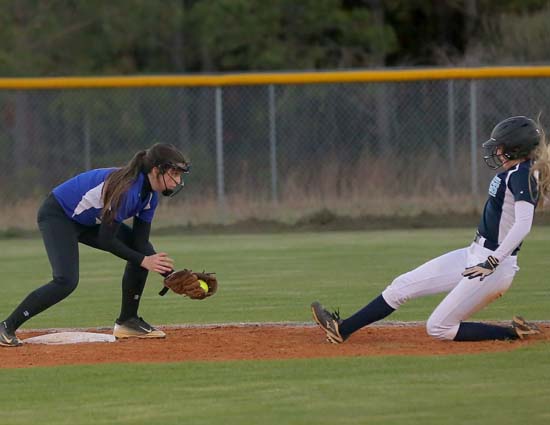 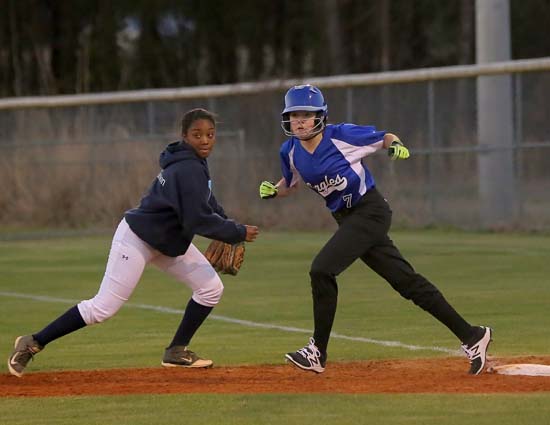 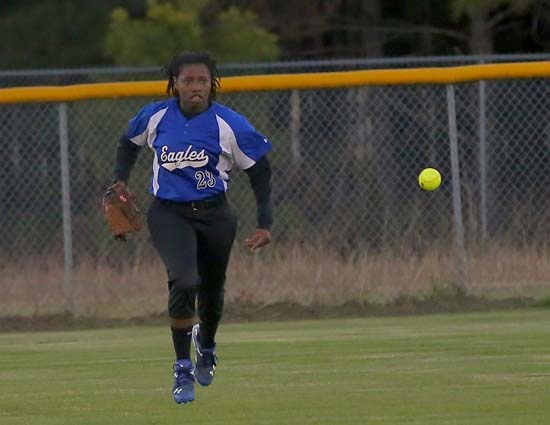 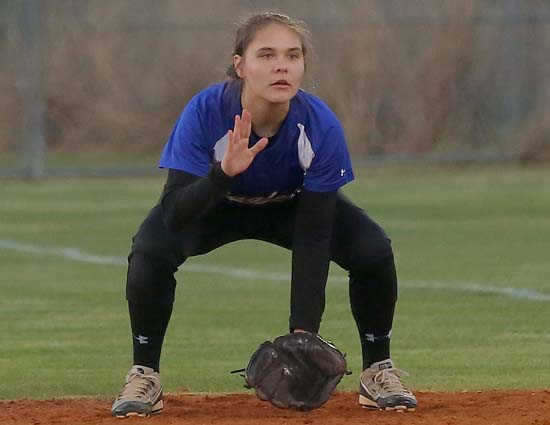 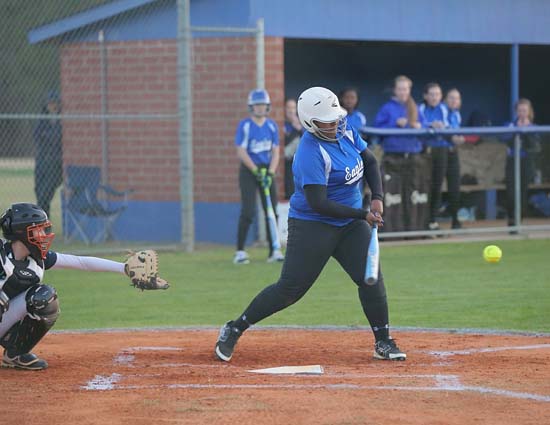 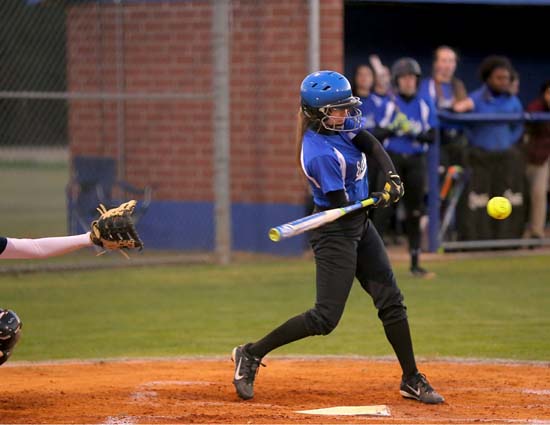 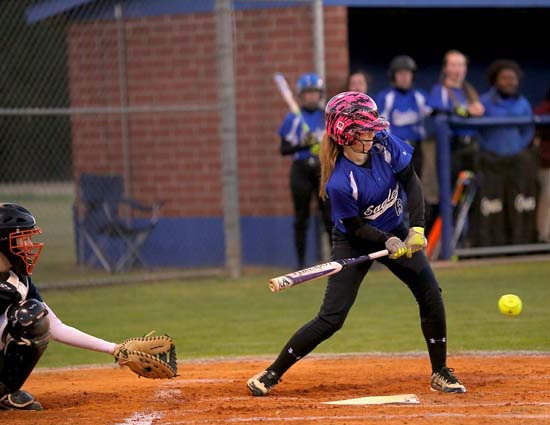 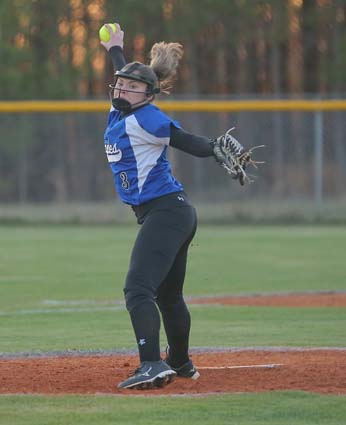 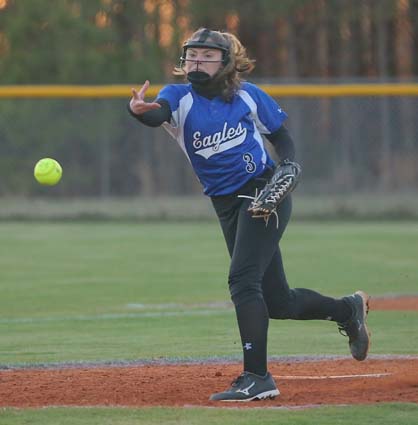 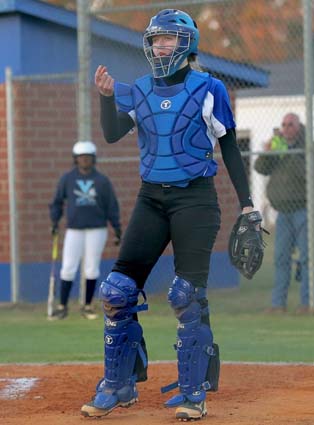 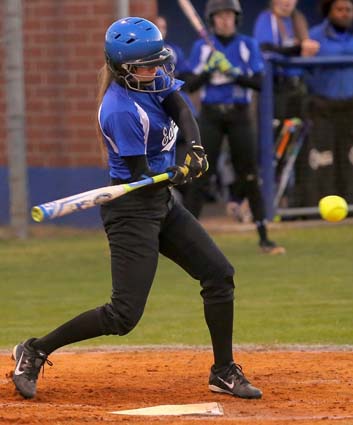 ELIZABETHTOWN – West Columbus scored 4 runs in the sixth inning to pull away to a 7-1 non-conference softball victory over East Bladen Friday night.

An error, 2 hits and 2 walks led to a pair of West Columbus runs in the top of the first inning. However the Lady Eagles escaped a bases-loaded, one-out jam when freshman Abby Cross snagged a line drive to right field and fired a strike to catcher Emily Scott who tagged out a runner at the plate to end the inning.

The Lady Vikings tacked on a run in the second inning when Kristen Meares cracked a run-scoring single for a 3-0 lead.

The East Bladen defense kept the Lady Vikings scoreless over the next 3 innings. Sophmore Anna Kate White started a double play in the fourth by fielding a grounder, tagging a runner and throwing to firstbaseman Olivia Hollingsworth for the second out. Scott threw out a West Columbus runner attempting to steal second base in the fifth inning.

“We made some plays,” said East Bladen Coach Patty Evers. “We started freshmen at shortstop (Johanna Parker) and rightfield (Abby Cross) and they had great games. Emily hit the ball good in the first inning and had a good game at catcher.”

Cross beat out an infield hit to start the East Bladen fifth inning. Sophmore Ja’Tyra Moore-Peterson swatted an opposite-field single to leftfield. Faith Johnson smacked a single through the middle that scored Cross and trimmed the margin to 3-1.

Junior Kaley Smith made her first varsity start in the circle for East Bladen and allowed 8 hits while strking out four. “It was her first high school start, and she threw strikes,” said Coach Evers. “She did a good job. It was a good first game for us.”

Cross batted 3-3 with the run scored to lead the Lady Eagle hitters. Moore-Peterson finished 2-3 at the plate, and Scott slammed a double to the leftfield fence in the first inning. Johnson had the run-scoring single, and Majesty Corbett added a single.

The Lady Eagles will host St. Pauls Wednesday at 5 p.m.