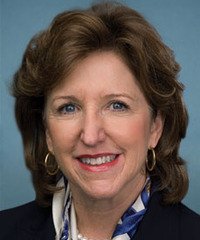 Governor Cooper shared the following statement on the passing of Senator Hagan:

“Kristin and I are deeply saddened to learn of the passing of our dear friend Senator Kay Hagan. I’ve known Kay since our days in the legislature together. Kay was a fierce advocate for North Carolina, and she represented our state with courage and grace her entire career. She made it a mission to inspire young people – especially young girls – to enter public service, and she served as a role model to so many. North Carolina is mourning one of our best today.”

Hagan was born Janet Kay Ruthven in Shelby, North Carolina and was a former bank executive. According to reports the former Democratic Senator was first elected to an official government office in 1998. Hagan won the seat as state Senator for the 32nd district of the North Carolina General Assembly.

After she finished her term in the N.C. Senate, Hagan was elected to a seat in the U.S. Senate until losing her re-election to Republican Thom Tillis in 2014.

She was 66 years of age at the time of her death on October 28, 2019. According to reports Hagan passed away from encephalitis, or a brain inflammation caused by a virus spread from ticks to humans known as the Powassan virus after she battled the virus for three years.

Tributes to Hagan are pouring in on social media platforms.