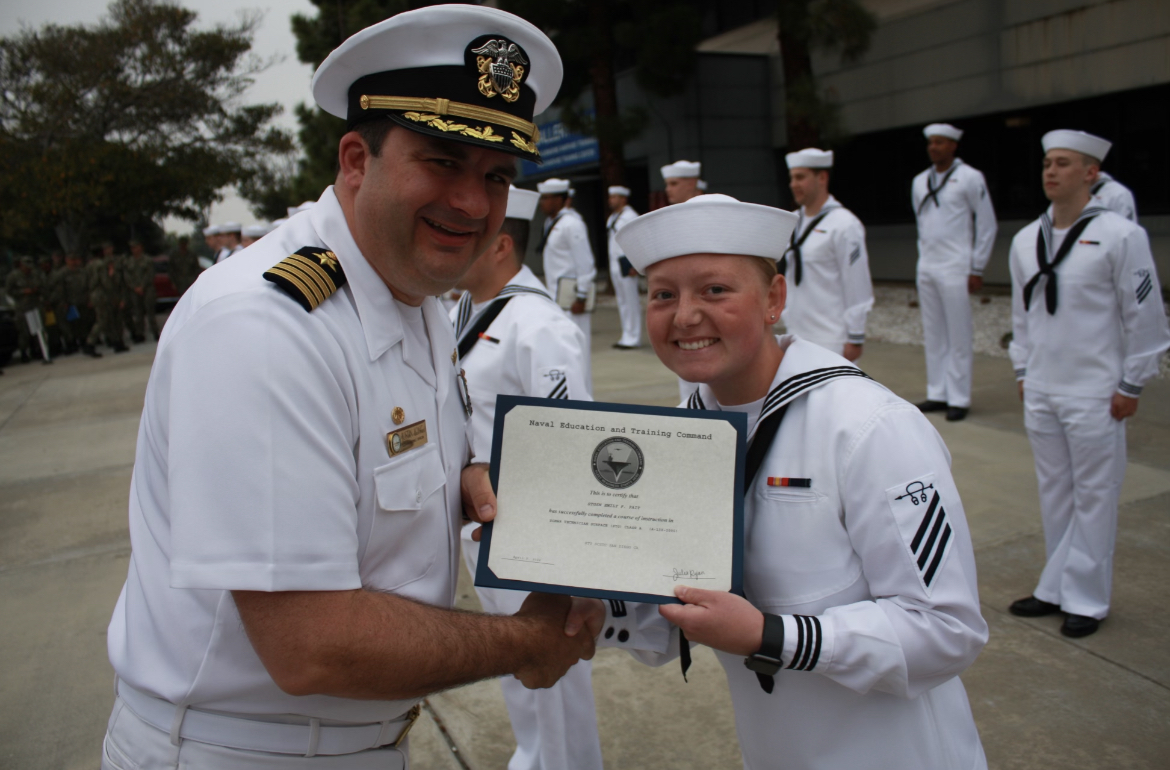 Upon graduating from West Bladen High School, Emily Pait, almost immediately started her career. She signed up to be in the Navy on May 12, 2021 and graduated from Boot Camp on September 24, 2021.

Pait explained she had always wanted to be in the military since she was young because of her grandfather’s example. “He was awarded the Purple Heart for his service in Vietnam,” Pait said.

While at West Bladen High School in Junior Reserve Officers’ Training Corps (JROTC), Lieutenant Colonel Matthew Hash says Pait was exemplary as his Battalion Commander. He said, “She was a strong leader and an outstanding student.”

“In the JROTC program at West Bladen, students learn to become better citizens. That’s our mission,” Lt. Col. Hash stated. Leadership, communication, and interactive skills are all taught through the program. Pait uses the lessons learned during her high school career daily. 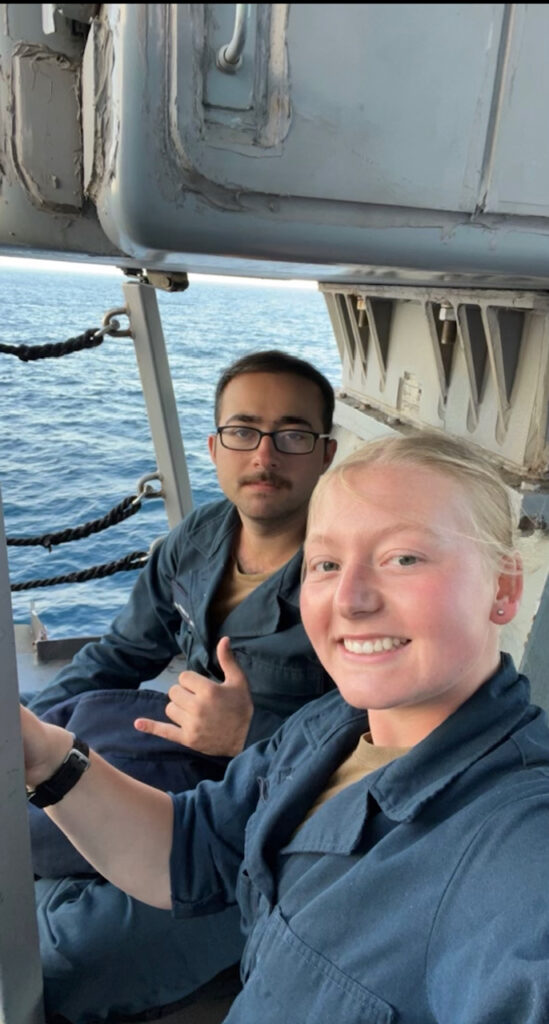 As a Sonar Technician on USS Chung-Hoon (DDG 93), STGSN Pait is responsible for undersea surveillance and operations. According to Pait, the ship’s motto is “Imua e na Koa Kai” – “Go Forward Sea Warriors”.

While working, STGSN Pait stands watch for eight hours, sleeps eight hours, and then is back on watch again for four more hours.

“We are the eyes and ears of the ship,” Pait reported, “We see and hear everything.”

“It is stressful, but it is cool,” STGSN Pait told BladenOnline, “It’s an honor to serve! On the hard days, I do it for my 10-year-old self. She would be proud.”

There are no regrets, according to STGSN Pait, “I’m glad I joined. It has taught me a lot.”

She explained, “I was immature when I left, and it has helped me grow up. I also get to meet a lot of people from all walks of life.”

“I would tell anyone interested in joining the military, ‘Just to do it.'” She noted, “The contracts are only three or four years, and you can get a free education for serving.”

STGSN Pait is the daugther of Margalene and Richard Pait of Dublin, NC.

Margalene says she is incredibly proud of her daughter for her chosen career path. “I think it was a great decision for her and the other graduates that decided to join the military.”

In closing, STGSN Pait wanted to say, “Thank you to all of America for the opportunity to serve! Imua!” (Imua means Go forward.)

Tags: Graduate Spotlight -STGSN Emily Pait is the Eyes and Ears of a Navy Ship