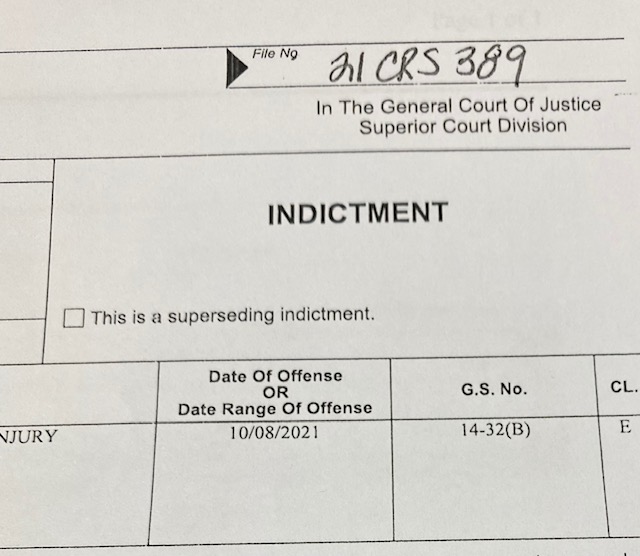 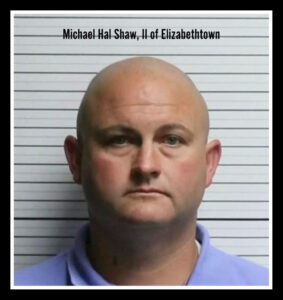 According to the allegations, Shaw assaulted a male with a large Mag-Lite anodized aluminum flashlight on or about October 8, 2021. According to reports, the assault allegedly occurred while Shaw was on duty with the Bladen County Sheriff’s Office.

Some time after the alleged offense happened, Bladen County Sheriff Jim McVicker received a complaint about the happenings.  McVicker stated, “This is a personnel matter; therefore, there was an outside investigation into the complaint at my request and the request of the District Attorney’s Office.”

The Brunswick County Sheriff’s Office conducted the investigation on the alleged incident. On November 1, 2021, the investigation findings were presented to the Bladen County Grand Jury. After the Grand Jury charged Shaw with the Class E Felony offense, Shaw was placed under a $100,000 bond by a magistrate. Shaw posted bail and was not retained in a correctional facility.
Shaw was put on paid leave during the investigation but turned in his resignation to the Sheriff this week after he was charged.

An indictment means the Grand Jurors agree a criminal case should go forward due to probable cause but does not mean the defendant has been found guilty. In the United States, Defendants are presumed innocent until proven guilty in the court of law.

According to Troy Cronk, Bladen County Assistant District Attorney, Shaw’s next court hearing will be in Bladen County on Monday, November 29, 2021. 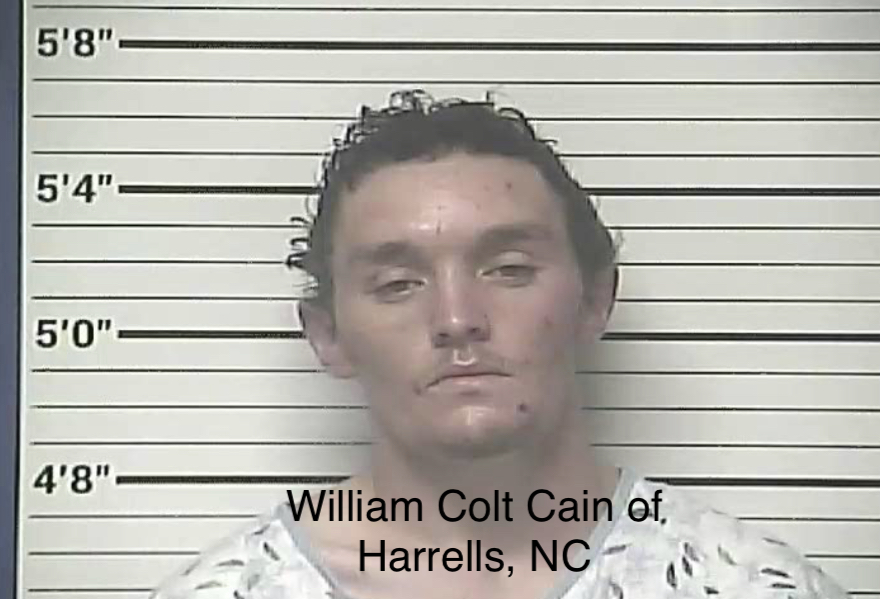 Update: William Colt Cain, a 26-year-old of Harrells, NC, is the plaintiff in the Bladen County Sheriff’s Deputy Shaw case. Cain has numerous criminal charges stemming from the same date, October 8, 2021. Several of the charges are felony charges.

The charges are as follows:

Maintaining a Vehicle for the Sale of Controlled Substances

Assault of a Government Official

Two charges of Failure to Stop at a Stoplight 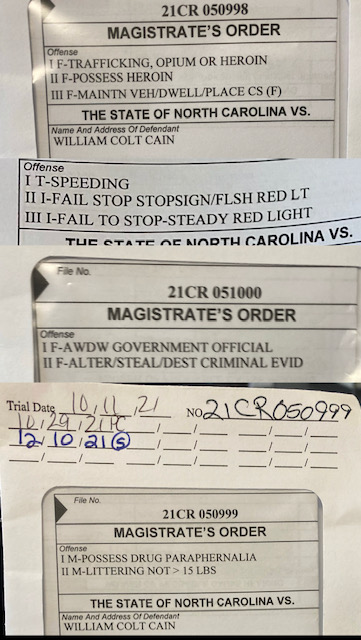 The arresting officer was BC Deputy Shaw. According to the Magistrate Order, Cain’s arrest was justified because there was probable cause for the charges. According to reports, on October 8, 2021, Cain allegedly possessed drugs, was driving at a high rate of speed, disregarded traffic lights while traveling down streets in Elizabethtown without a driver’s license, and Sheriff’s Deputy Shaw pursued the suspect. Shaw was driving a government vehicle with lights and sirens as he followed Cain. After Cain was apprehended, he was taken to the Bladen County Law Enforcement Center. Cain’s bond at the time of the arrest was set at $92,500.00.

Again, in the United States, Defendants are presumed innocent until proven guilty in the court of law.