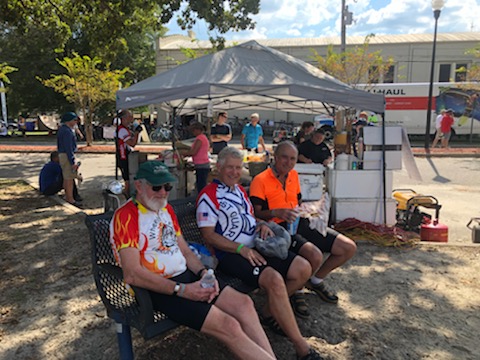 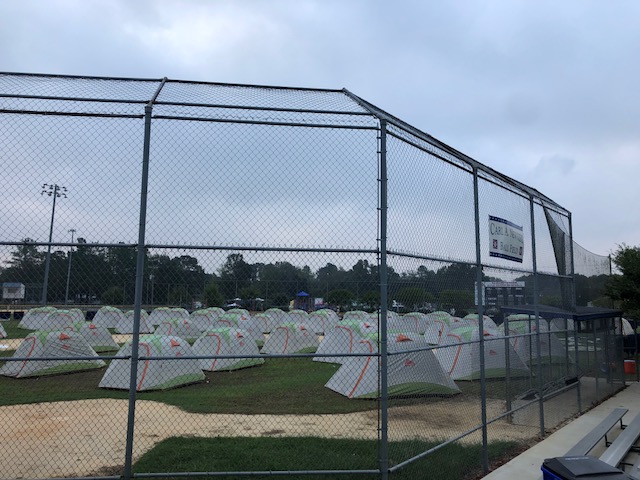 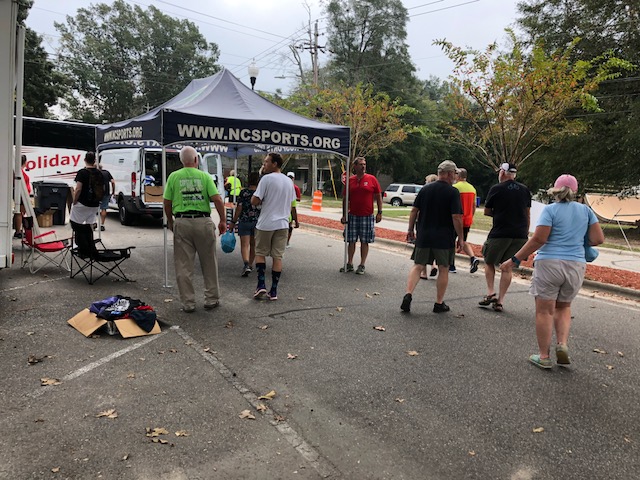 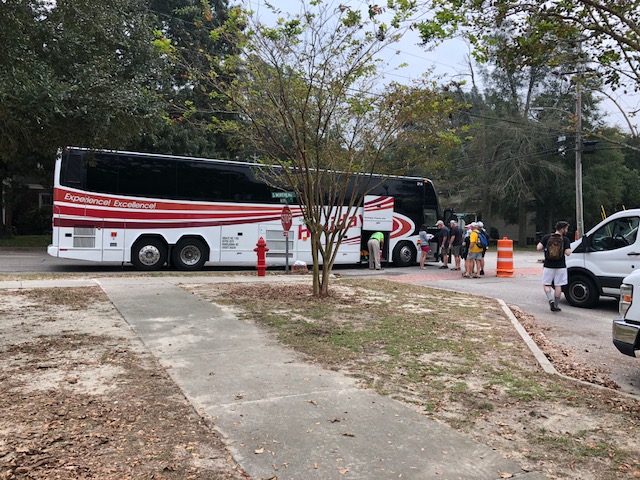 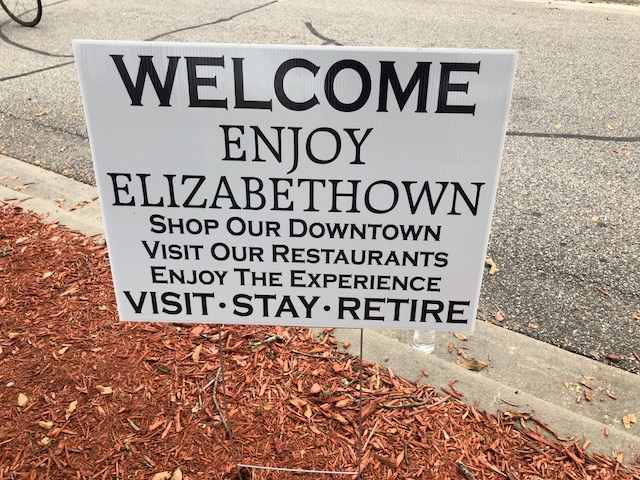 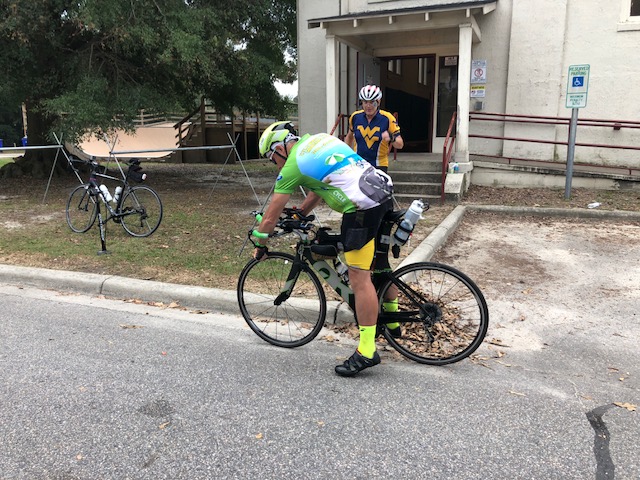 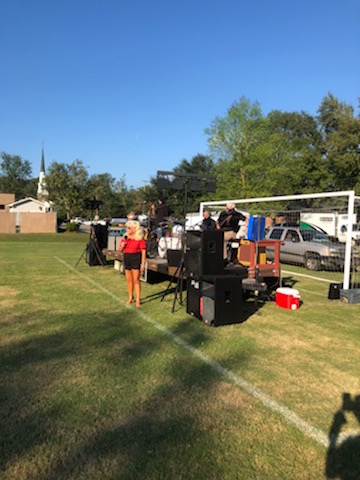 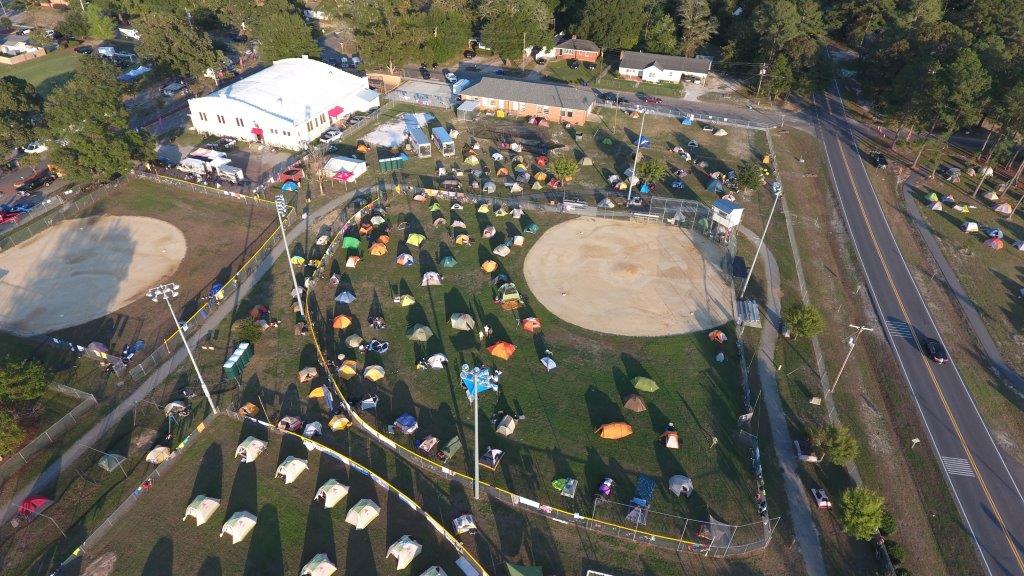 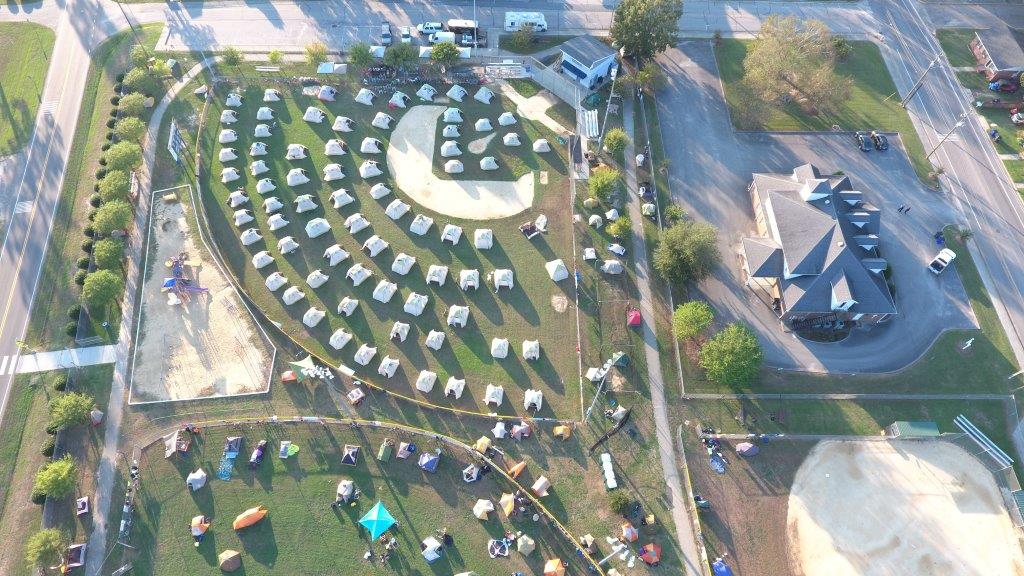 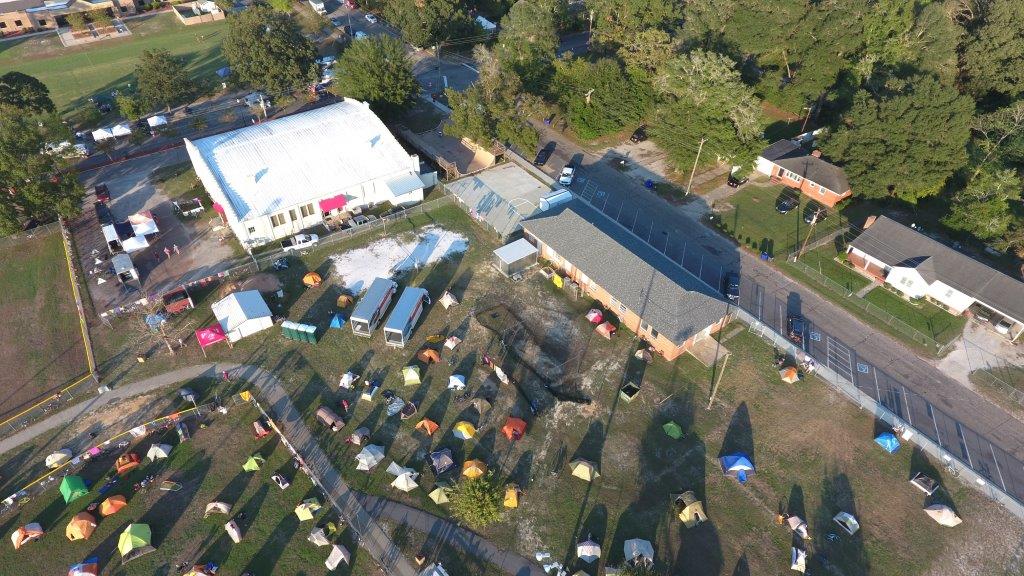 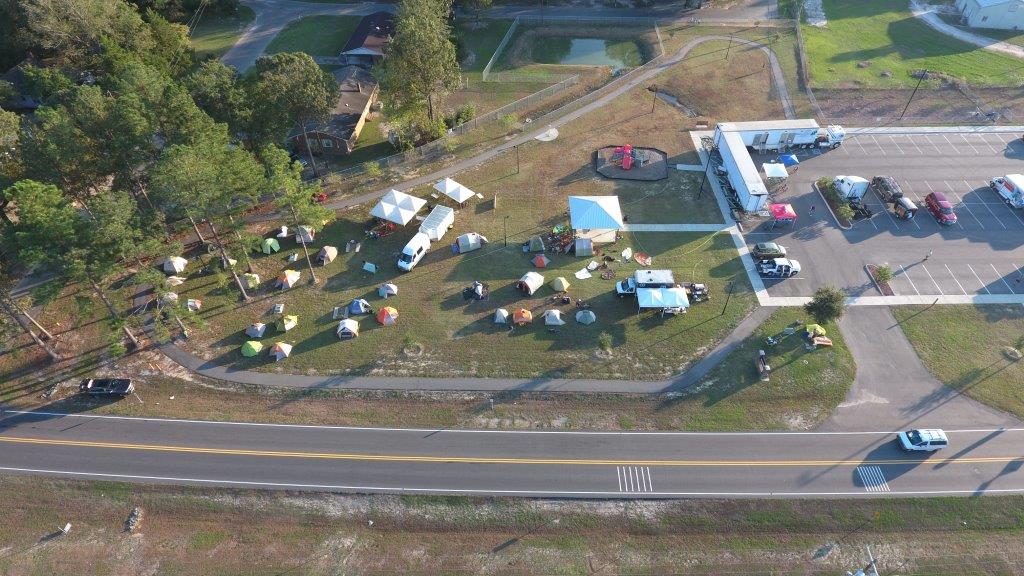 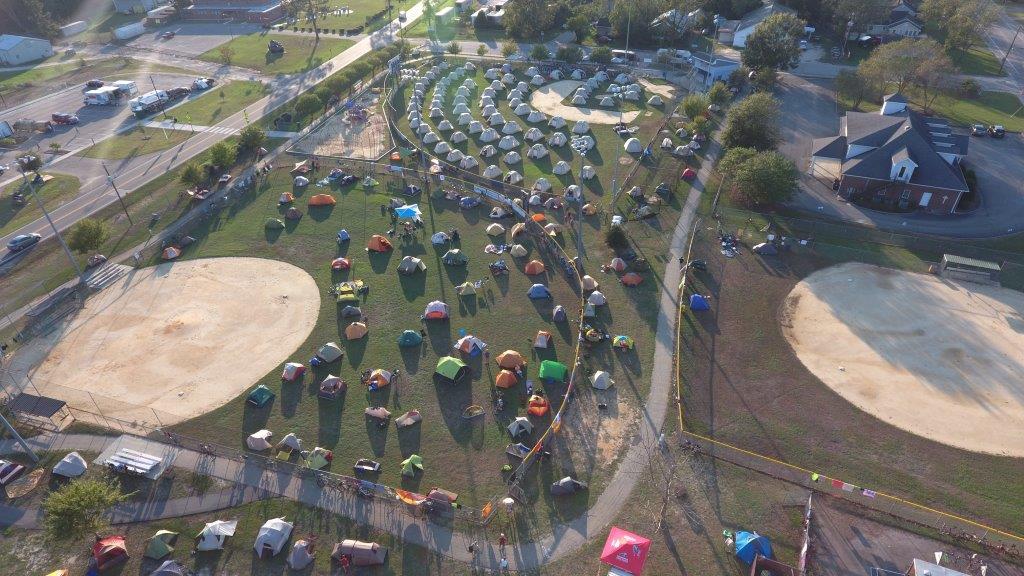 As the cyclists rolled into Elizabethtown on Friday, October 5th, they were greeted by Town of Elizabethtown Mayor Sylvia Campbell, the Chamber of Commerce, business owners and citizens. Elizabethtown was scheduled to be the last overnight stop for the riders.

Mayor Campbell and other officials offered a warm reception to Cycle NC on King Street in Elizabethtown on Friday. Citizens gathered and rang cow bells as they cheered for the riders.

Elizabethtown Massage R & R and Schultz Ellis Chiropractic Center offered services to the cyclists. Food vendors and more were on site for the tourists to take advantage of during their stay in the mother county.

The tourist event was great for Elizabethtown and Bladen County; however, the impact of the event to the town was damaged due to the misfortunes from Hurricane Florence. The local hospitality businesses in the area are continuing to assist the displaced residents and emergency responders needing housing since the massive storm. Many cyclists reported having to be bused to Sampson County for hotel accommodations and noticing the destruction in the area left from the storm.

One couple from Cary, North Carolina, spent the night at Lu Mil Vineyard in Dublin on Friday to join in the last leg of the Cycle NC tour. The two said their stay was very enjoyable, but they saw a lot of damage in the area. “Even the pond at the vineyard was damaged,” they said. “We hope it can be fixed.”

Danny Farley from Athens, West Virginia, said he had to be bused in from Clinton because their reservations in town were canceled. “We didn’t get to see much of the town because we had to stay at the Comfort Inn in Clinton,” Farley said.

Bill Strieter, also from West Virginia camped out over night in Elizabethtown during the tour. When asked what his thoughts were about his tour of Elizabethtown he said,“It’s doing pretty well considering what Hurricane Florence did to the town. It looks nice, but the river is a mess.”

Witt Tuttell, Executive Director with Visit NC, said the Mountains to the Coast Ride is one of the biggest bicycle tours in the United States. Most of the riders arrived into town by 4 p.m. on Friday. By 8:30 p.m. on Saturday morning almost all of the riders had left Elizabethtown.

One representative with Cycle NC said most riders wanted to get an early start on the day because it was the last leg of the tour and the weather had been hot and humid.

Adam Galaser, with VisitNC, was loading a bus of tourists to head towards Southport for an excursion. Galaser said VisitNC partners with CycleNC to offer participants of the bike tour excursions to learn more about the interesting things North Carolina has to offer.

The Mountains to Coast Ride is in its 20th year. The ride generally attracts more than 1,000 riders from 40 states according to Cycle NC representative, Chip Holfer. The town officials and businesses hope even though our area was suffering from damages due to Hurricane Florence Cycle NC will visit Bladen County again.