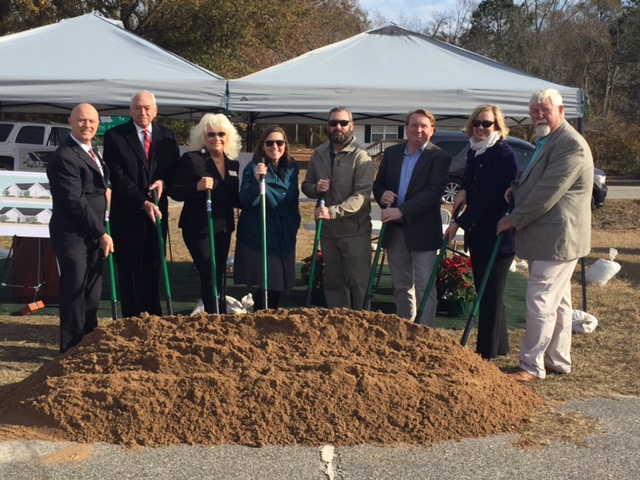 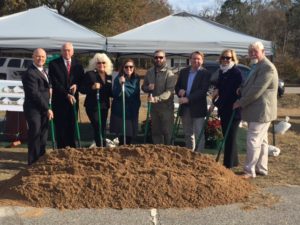 While temperatures were chilly, there was an air of excitement at the Curtis Brown Jr. Field (Elizabethtown Airport) on Tuesday morning as dignitaries and guests gathered for the groundbreaking ceremony for the new terminal building.

The new terminal, which will measure about 4,500 square feet, will be constructed on the site of the former terminal building and was designed by local Architect Chris Adams. The new terminal will feature office space, a conference room, a pilot’s lounge, classroom space, restroom facilities, kitchen space, shower facilities, and storage space. The projected completion date for the project is October 2018.