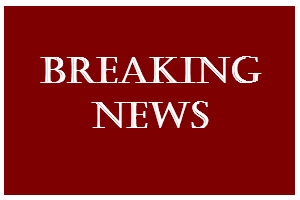 The Bladen County Sheriff’s Office confirmed an investigation on what appears to be a self-inflicted gunshot wound. Rumors are circulating; the case may be related to another gunshot wound death.

According to law enforcement, a shooting happened Tuesday morning at 400 Ronald Britt Road in Bladenboro.

The victim, 19-year-old Justice Trie Campbell of 50 Tina’s Lane in Clarkton, was transported to New Hanover Regional Medical Center in Wilmington for treatment. According to law enforcement, Campbell died from his injuries.

People are asking if Campbell’s death may be related to the death of Da’Shawn Elijah Lenell Hines. Hines died due to a gunshot wound in March of this year. Law enforcement reported both cases appear to be caused by accidental self-inflicted gunshot wounds.

Bladenboro Police Department confirmed the death of 18-year-old Hines was under investigation by the SBI in March. Bladenboro Police Chief William Howell announced this summer the Bladen County District Attorney, Jon David, would release the case’s findings once the autopsy was completed.

At the time of publication, there has not been an update given on the Hines case by either the Bladenboro Police Department or the Bladen County District Attorney’s office.

The Bladen County Sheriff’s Department confirmed they are continuing the investigation of Campbell’s death and searching for any possible links between the two cases.

Below is a link with the information published in regards to the Hines case.