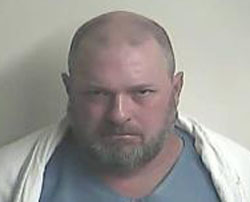 Hamilton sentenced up to 26 years for second degree murder

A Bladenboro man was sentenced up to 26 years Thursday after entering a guilty plea to second degree murder in the shooting death of Crystal McLamb of Tar Heel in 2016.

Kelly Dwayne Hamilton, 47, of Bladenboro, entered the plea Wednesday in Bladen County Superior Court, according to the Bladen County District Attorney’s Office. He was sentenced Thursday to between 252 months and 315 months following more than three hours of testimony, according to a news release.

Hamilton was charged in the shooting death of McLamb, 44, on Feb. 11, 2016. The shooting occurred at Hamilton’s residence at Ruby Kidds Road, off Singletary Mill Pond Road, near Bladenboro, according to records.

Investigators said that Hamilton called the 911 center at 3:02 a.m. on Feb. 11, 2016, to report that McLamb had accidentally shot herself. When investigators arrived on scene, McLamb’s body was found on the couch with a single gunshot wound to the face.

Hamilton maintained that he had left a loaded Taurus Judge revolver on the coffee table and that McLamb accidentally shot herself while picking up the gun, the release said.

Hamilton was arrested on Feb. 12, 2016, and charged with first-degree murder.