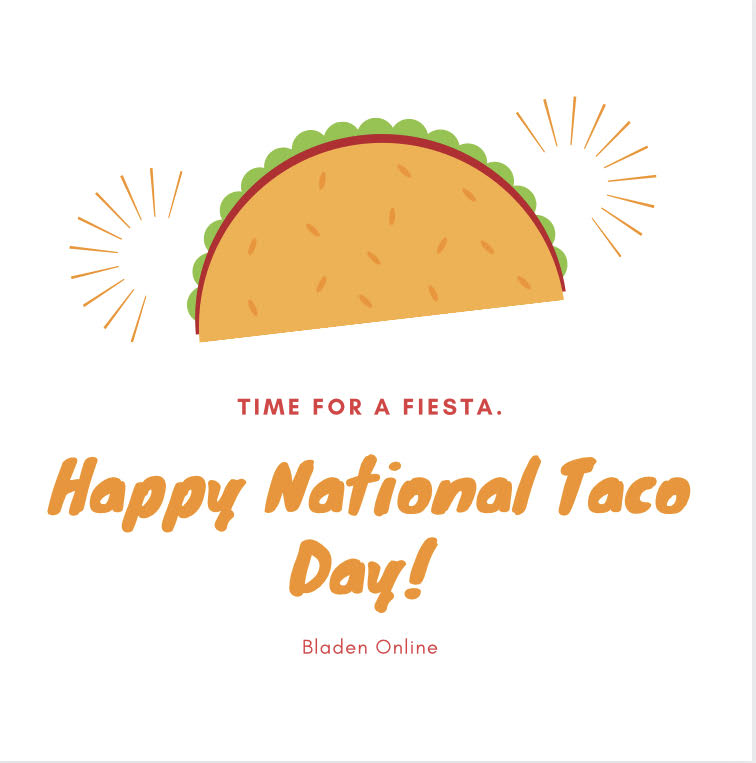 Each year, National Taco Day is celebrated on October 4th. This traditional Mexican dish has become a worldwide favorite over the years, and more specifically, it is an American favorite. Last year, Americans ate over 4.5 billion tacos — that is 490,000 miles of tacos!

The detailed history of tacos and when exactly they were first invented is unknown. However, researchers have estimated that they first came to be in the 18th century. Many believe that tacos were popularized in the United States by the fast food “Tex-Mex” restaurant, Taco Bell.

According to justfunfacts.com, “Tacos started appearing in the United States in the early 1900s. In San Antonio, a group of women called the Chili Queens sold tacos out of carts. Initially, they had a moderate amount of business, but the railroad started bringing in more and more tourists to the area who loved trying out Mexican food. Tacos became part of the ‘Tex-Mex’ diet with the establishment of Taco Bell, which made tacos a quick, easily accessible meal.”

So… what exactly is a taco?

: a usually fried tortilla that is folded or rolled and stuffed with a mixture (as of seasoned meat, cheese, and lettuce)

When it comes to tacos, there are few limits. The creator of the taco has the power to customize it and be as creative or traditional as they wish. The identifying feature of a taco is typically the folded tortilla. A tortilla is a round, thin, flat bread of Mexico made from unleavened cornmeal or, less commonly, wheat flour.

There are several options in Bladen County where you can enjoy delicious tacos in honor of National Taco Day. San Jose Mexican Restaurant, El Patron Grill, and Taco Bell are all located in Elizabethtown and include tacos on their menu.

Check out these taco recipes: