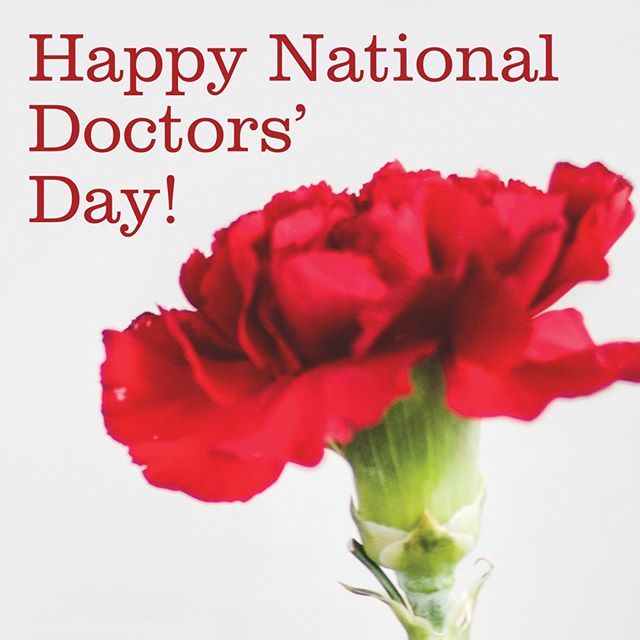 In Winder, Georgia, in 1933, Eudora Brown Almond, the wife of Dr. Charles B. Almond, decided that there needed to be a day to honor physicians. On March 30th of that year, the 91st anniversary of Dr. Long’s discovery, the first Doctors Day was celebrated.

Almond mailed greeting cards to all of the local physicians and their wives and placed flowers on the graves of deceased doctors, including Dr. Long. She used red carnations, which later became the symbolic flower for National Doctors Day.

It wasn’t until years later that National Doctors Day was recognized as a legal holiday. On March 30th, 1958, the U.S. House of Representatives adopted a resolution that commemorates Doctors’ Day. On October 30th, 1990, George W. Bush signed the legislature after approval from both the House and the Senate.

Today’s healthcare is more complex than ever. With more advancements, tools, and information at their fingertips, doctors have an overwhelming job of treating and diagnosing their patients every day.

This March 30th, take a moment to honor and thank those that treat us 365 days a year. Send a card or drop off a red carnation at your local physician’s office. Let them know that you appreciate all the answered late-night phone calls, long hours, and unwavering commitment to their patients. For the younger ones who may like to get involved, here is a coloring page for them to give!

Our doctors spend hours caring for us. We can spare a few minutes to thank them for it.

Tags: Have You Thanked Your Doctor Today?