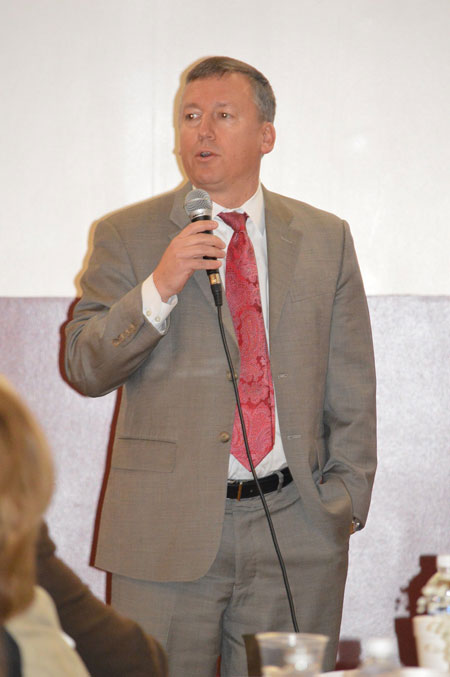 The FFA of Harrells Christian Academy welcomed 270 guests to a special fundraising breakfast held on Friday, February 13, at Kyle’s Farm in Harrells. The purpose of the event was to raise money for the HCA chapter’s expansion of plant science education. People from all over southeastern North Carolina who have a vested interest in agriculture came to support this important cause. Among those in attendance were Representative Jimmy Dixon, and Senator Brent Jackson. Richard Linton, Dean of the College of Agriculture and Life Sciences (CALS) at N.C. State University, was the key note speaker for the event. 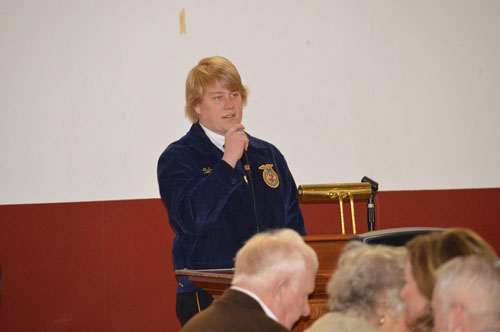 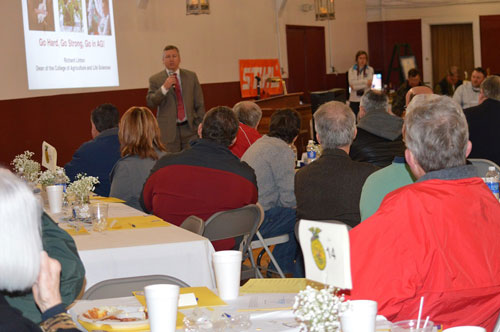 Following a welcome from HCA’s FFA president, Cullen Hobbs, he and other FFA officers spoke about the growth and accomplishments of the school’s FFA chapter since it began in 2006. Officers also gave accounts about all the opportunities they have been presented through FFA and how FFA has enriched their lives.

During Dean Linton’s address, he stressed the importance of agriculture and the vastly growing role agriculture will play in the future, due to the immediate need for food and plant production. Linton explained that CALS at N.C. State University will play a tremendous part in that role through new plant science programs. Linton commended the FFA of Harrells Christian Academy for recognizing the need to expand in plant science education. Linton stated, “By aspiring to expand the plant science educational program at this time, HCA is right in step with the agricultural objectives of N.C. State.”

Following Dean Linton’s message, Will Huff, reporter for the HCA FFA chapter, presented Linton with an Honorary Membership to the FFA of Harrells Christian Academy.

HCA’s FFA advisor, Christopher Bell was thrilled with the success of the fundraising breakfast. “It was fantastic to see the agriculture community come out to support our chapter. The agriculture industry is incredibly strong in our area, and it was great to see people who were actively looking for a way to support the future of our industry,” stated Bell.

All of the FFA members at Harrells Christian Academy look forward to their vision of an innovative plant science program becoming a reality in the very near future.