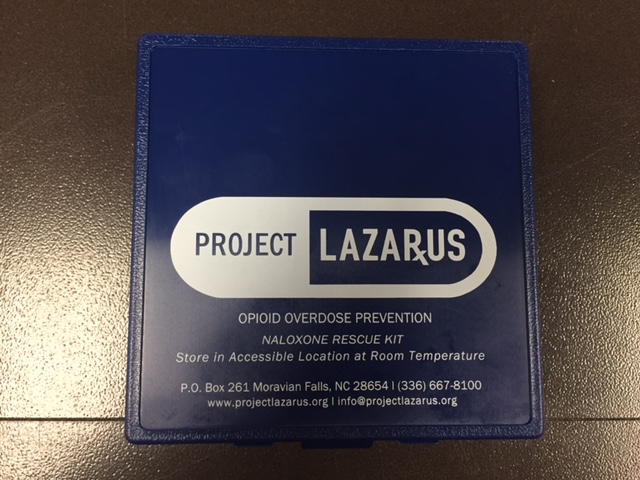 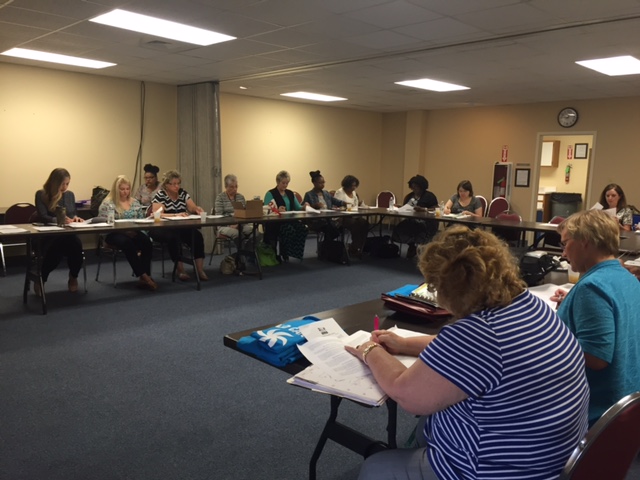 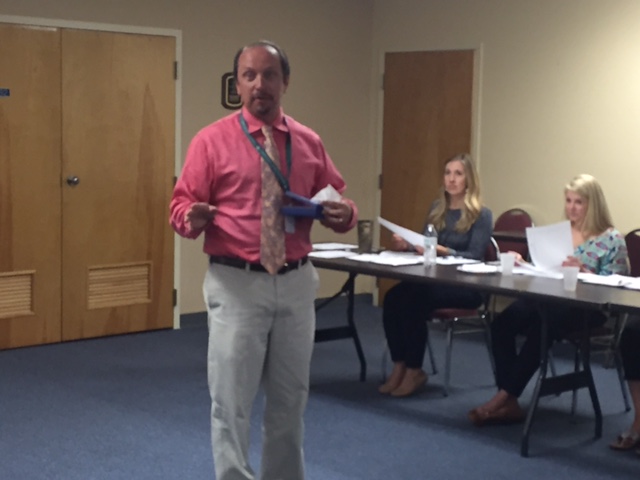 The Healthy Bladen Collaborative meet on Tuesday morning at the Bladen County Health Department and learned about the use of Naloxone (Narcan) kits.

“I have some really good news. Your Sheriff is talking with the NC Harm Coalition about these,” said Richard Berg of Community Care of the Lower Cape Fear.

The Bladenboro Police Department has already implemented the use of Naloxone kits.

He told the group that Naloxone, known as Narcan, has been in use for about 40 years. It is used to reverse the effects of an opioid-related overdose. Berg said that Naloxone is nonaddictive and there are no effects if opiates have not been used.

Berg said in 2013 the Good Samaritan Law was updated to prevent the fear of prosecution if someone called 911 for the victim. He added that witnesses cannot be prosecuted for possession of small amounts of drugs, drug paraphernalia, or underage drinking. The Good Samaritan Law also removed liability for those who administer Naloxone.

Berg said the most common drug they are seeing is heroine laced with Fentanyl.

He said that most overdoses are accidental. Berg said the two most common groups they see overdoses occurring most often is in the elderly, where they forget they have taken their medicine and in teenagers who have not yet built up a tolerance to the drug.

Berg also said that families who have loved ones who are addicted to heroine or other opiates can go to their family physician and request Naloxone.

The data supplied by Berg did not have any statistical data for 2014 or 2015.

** Janet Miller reminded the group of the Child Abuse awareness Walk set to take place on Saturday, April 30, at 1 p.m. The walk will begin at San Jose and end at the Bladen County Courthouse. At the courthouse there will be games, vendors and entertainment followed by a balloon release in memory of those children that lost their lives to abuse and neglect.

** Donda Evans of Cape Fear Valley-Bladen Healthcare told the group that the hospital will celebrate Nurses Week from May 9 through May 12. Evans said the week will end with a walk to celebrate nurses at 6:30 p.m.

Evans also told the group that the hospital is working to have several nurses trained as SANE or Sexual Assault Nurse Examiners. She added that one of those nurses would be trained as a Pediatric SANE.

**Amy Stanley updated the group on the Bladen County Schools Summer Feeding program. She told ht group that last year they served 11,000 lunches and 9,000 breakfasts. She said that was an increase forth year before. She said the school system is preparing to serve hot breakfasts and lunches again this year.

Stanley said the Migrant feeding program will being on June 13 and all others will begin on June 20.

She said anyone with questions or wishing to sign up for the program can contact her at 910-862-4136.

**Shayla Yancey of DreamWorks reminded the group of an upcoming Stress Management workshop that will take place on May 14 at Jones Lake State Park in the classroom.

Published in Announcements, Health and News