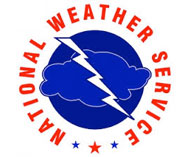 Better move that Memorial Day cookout indoors. The day set aside to remember military members who gave their life in defense of the United States figures to be a soaker.

A flash flood watch has been issued through 6 p.m. Monday for Bladen County by the National Weather Service as more than two inches of rain is forecast. Some areas may receive more rain Monday.

It’s due to Tropical Storm Alberto as it works its way toward the Gulf Coast on Monday. The increasing tropical plume of moisture is expected to stream into coastal North and South Carolina, the National Weather Service says. The storm is expected to produce periods of heavy rain Monday in Bladen County with an increasing potential for flooding in some areas.

As of 11 p.m. Sunday, Alberto was about 205 miles west of Tampa, Florida, and about 95 miles south-southwest of Apalachicola, Florida, moving northwest at 9 mph. Maximum sustained winds were 65 mph.

On the forecast track, the center of Alberto will cross the northern Gulf Coast on Monday and is expected to move inland into the Tennessee Valley on Tuesday and move into the Ohio Valley on Wednesday.

A flood watch means that conditions may develop that lead to flooding or flash flooding.