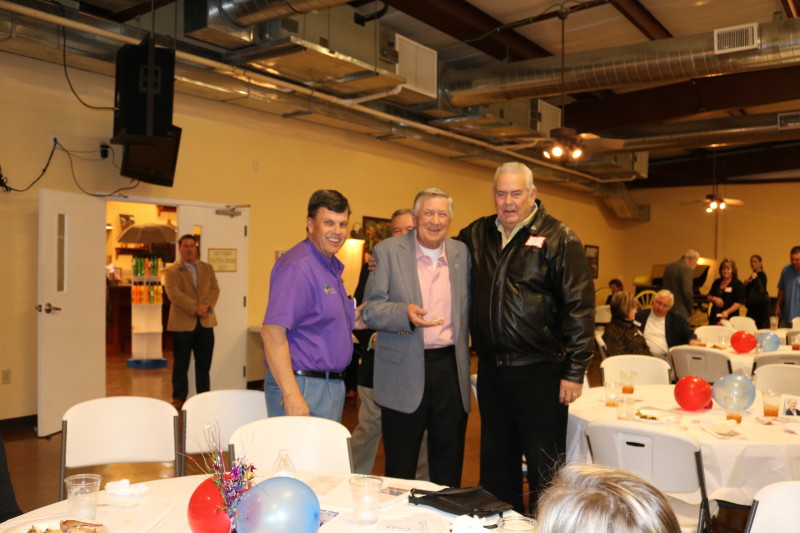 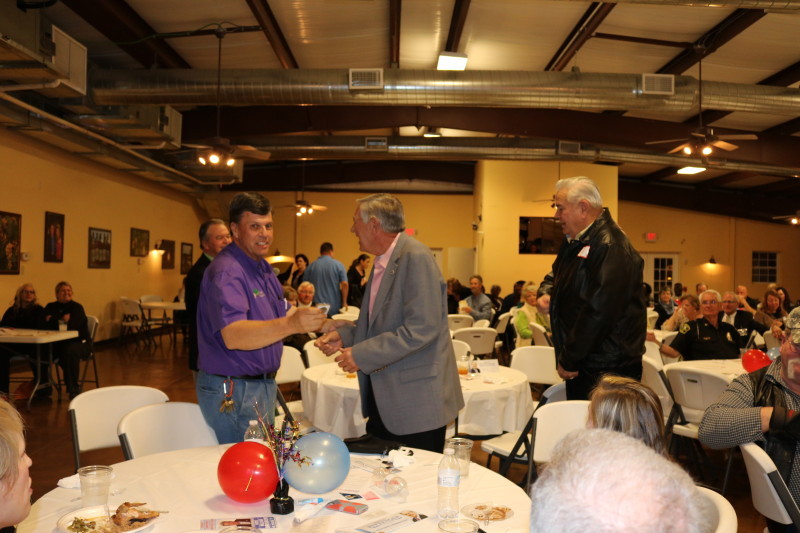 The rare Morgan Silver Dollar that made history back in November was up for auction on Saturday night during the Politician’s Appreciation Day at Lu Mil Vineyard.

One of the highlights of the evening was when State House Representative William Brisson won the auction of the 1881 New Orleans mint Morgan Silver Dollar that was used to break the tie between two candidates running for Clarkton Town Commissioner in the last Bladen County election.

“This is proof that your vote counts.” Ron Taylor, Lu Mil Vineyard Owner said before the auction started.

He explained to the people in attendance the reason the coin was special. After the vote canvass following the November municipal elections in the 2015 election, the race between incumbent Mayor Lawrence McDougald and Jimmy Hudson was knotted at 25 votes each. In North Carolina, in the event of tie, the tie can be broken by a “lot.”

“I’ve carried that coin in my pocket for many years and have always considered it to be lucky.” Ludlum said.

Taylor approached the chairman about auctioning the coin off and giving the money to a local charity. Taylor pointed out that if one more voter had chosen to go to the polls in November, the coin toss would not have been necessary.

Ludlum agreed to donate the coin for auction. Taylor said the purpose is to encourage everyone to come out and vote and to help emphasize how everyone’s vote is important.

Jimmie Smith, Bladen County Commissioner and Auctioneer took bids on the coin and found State House Representative William Brisson to be the highest bidder for the rare piece. Brisson took the prize home for $325 going to his charity of choice, Southeastern Carolina Crossroads. Crossroads is a rehabilitation center for men with drug and alcohol addictions here in Bladen County.

Taylor encouraged Brisson to bring the coin back next year to be auctioned off again to keep the tradition alive and remind folks the of the importance of their vote.