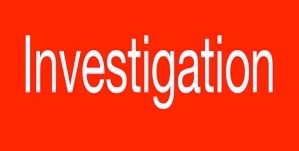 A Bladen County hit and run death still remains unsolved after more than ten years. Amber Paige Babson was struck by car in September 2008 as she sought help from a residence on Pleasant Grove Church Road near Bladenboro.

Bladen County Chief Deputy Larry Guyton said the case is also being investigated by the NC Highway Patrol and the NC State Bureau of Investigation.

“We’ve worked on it with them since day one,” said Guyton.

Babson was 20 years old at the time of her death on September 14, 2008. It was in the early morning hours that Babson went to a home on Pleasant Grove Church Road and knocked on a door asking for help. According to reports, the home’s owner went to use the telephone to call the police and when she returned to the door, Babson had vanished.

A few minutes later, a call was made to the 911 call center reporting someone in the roadway that had been struck by a car, according to reports.

“She was reported to have been coming from a club somewhere around Bladenboro (when the incident occurred),” said Chief Deputy Guyton.

He said investigators have not been able to generate any new leads in the case. Chief Deputy Guyton said anyone who has information regarding the case, can call the Bladen County Sheriff’s Office at 910-862-6960.