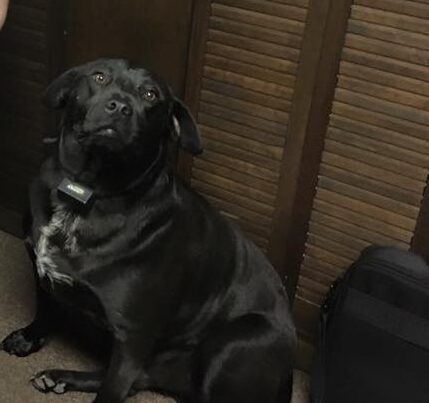 ARREST MADE in Animal Cruelty, Breaking and Entering

The photo above is of the dog that did not survive the altercation.

From:  Sheriff James A. McVicker

On Thursday, June 24, investigators and deputies with the Bladen County Sheriff’s Office arrested Antwan Jamell Pearson, black male, age 32, of Mercer Mill Road in Elizabethtown and charged him with Breaking and Entering, Felony Larceny, and two counts of Felony Cruelty to Animals, which occurred on Monday, June 21 on Twisted Hickory Road near Elizabethtown.  Pearson was placed in the Bladen County Detention Center under a $40,000 secured bond.

According to Bladen County Magistrate Robert Kinlaw, Pearson had a court hearing on Friday morning but and the court docket listed the presiding judge as “as to be determined”.

Pearson posted bond Thursday and did not spend one night in jail. According to the Bladen County Clerk of Court’s office, Pearson’s next court date is June 30, 2021.

Home Invasion Leaves One Dog Deceased and One Injured

On Monday, June 21, around 12:50 pm, a break-in occurred at a residence on Twisted Hickory Road near Elizabethtown. Taken during the break-in were handguns, electronic gaming equipment, and U. S. currency.

The suspects were operating a dark-colored Jeep Cherokee or Jeep Compass and wearing facemasks. Video surveillance from the residence shows a black male wearing an orange or red hoodie making entry through the residence’s front door.

Two of the owner’s dogs, a Labrador mix and a black Pitbull, were shot by the suspect. The first dog died of his injuries, and the second dog, a white and brown mix, was also shot but survived his injuries.

The investigation is ongoing, anyone with information is asked to contact the Bladen County Sheriff’s Office at (910) 862-6960.