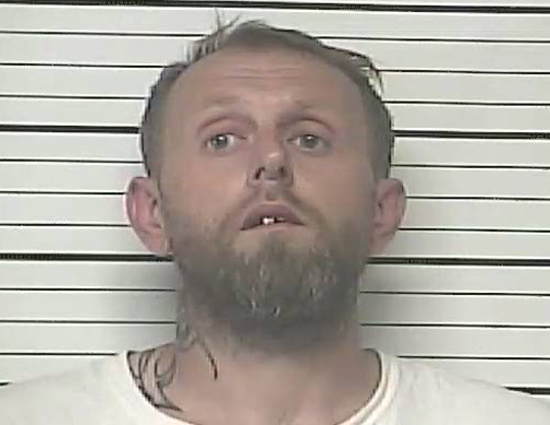 Jason Caulkins (pictured), 39, was charged with two counts of assault with a deadly weapon with intent to kill, the Sheriff’s Office.

According to authorities, deputies responded to the scene about 10:45 a.m. Tuesday after there were reports of shots fired. Deputies determined that a domestic issue had led to an argument with shots being fired at a vehicle driven by 33-year-old Robbie Long Landreth of White Oak, the Sheriff’s Office reported. Jonathan Lee Melvin, 23, also of White Oak, was a passenger in Landreth’s vehicle. Neither man was reported injured.

Several witnesses at Cain’s Grill told authorities that they saw part of the incident when Caulkins is said to have used his vehicle to chase Landreth and Melvin behind the grill. Shell casings were recovered at the scene, authorities said.

The investigation is continuing.