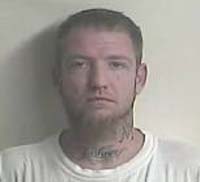 An Elizabethtown man was sentenced up to 32 months in prison Wednesday in Bladen County Superior Court after pleading guilty to taking items that were found using a tracking device attached to one of the items.

Adam Horne, 32, was sentenced to between 19 and 32 months in state custody on felony charges of breaking and entering and obtaining property by false pretense, according to the Bladen County District Attorney’s office.

The case stemmed from a break-in reported Nov. 28, 2015, at a building along Greene Industrial Park Road. A motorcycle, leaf blower and generator had been stolen, according to a court summary.

The owner of the building told Bladen County Sheriff’s Office personnel that because of prior break-ins that he had attached GPS tracking devices to some of the items, including the leaf blower that was reported stolen. Officers used the GPS device to track the items to a home in Clarkton. The investigation showed that Horne, who was a neighbor of the victim, had broken into the building and taken the items to sell them.

The items were recovered and returned to the owner.