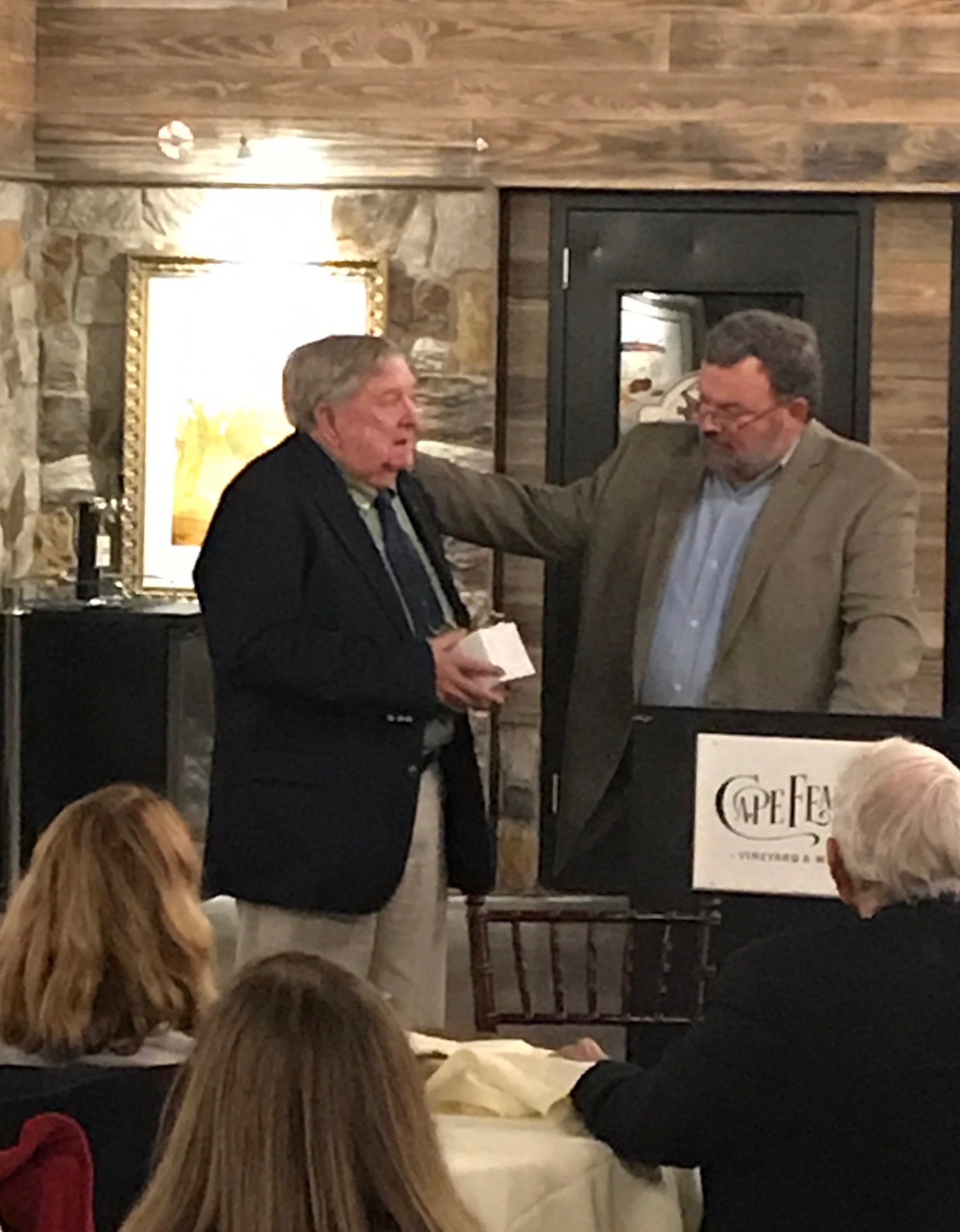 “I want people to remember me as a man of his word. You treat me right and you’ll be treated right,” said Kinlaw as he recalled his time at Sampson-Bladen Oil Company.

Sampson Bladen Oil Company commemorated the occasion with a special reception held at Cape Fear Vineyard and Winery in Elizabethtown. 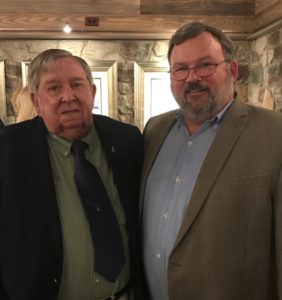 David Clark said, “We have quite a few more things that we are counting on Hubert to take care of before he leaves the company.”

He continued. “I have searched my mind and racked my brain and I cannot think of anyone anywhere else has been with the same company for 60 years.”

Clark said the fact he has worked for the company for 60 years is a remarkable feat that makes Kinlaw stand out above anyone else.

Clark said when Kinlaw first joined the company, most of the clients were filling stations and a few home heating oil customers and tobacco curing and farm services. He said that expanded into selling tobacco barns and would eventually turn in to an LP gas business. He said Kinlaw also started another business. He converted two outlets—one in Riegelwood and another in Elizabethtown—to convenience stores and Handee Hugos was born. Handee Hugos now has 80 stores. 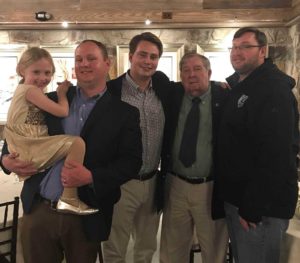 Kinlaw reminisced about his time with the company on Monday afternoon. He said that he joined Sampson-Bladen Oil Company when he was 23 years old. He grew up in the community of Sandy Grove and graduated from Bladenboro High School. Kinlaw said he joined the US Air Force and served one tour of duty before returning home. Kinlaw said at that time, you had 90 days to decide if you wanted to re-enlist. Kinlaw said, by this time, he had a family and he decided it was time to come home.

“I had reasons I felt like it was time to get out (of the Air Force),” said Kinlaw.

He said when he approached Sampson-Bladen Oil Company about a job, the only thing he knew about the company was that they had a blue and white truck and at that time, they had a Pure logo on their vehicles. Kinlaw said the only question they asked was if he could drive a truck, to which he replied, “Yes.”

“I’m very appreciative of what the Clarks’ did,” said Kinlaw.

In the 1970s, Rogers Clark moved to the Clinton office and Kinlaw was promoted to the position of manager over the Elizabethtown office.

The Elizabethtown office of Sampson-Bladen Oil Company holds many memories for Kinlaw. He said lately he has been coming into the office, making deposits, checking the mail and collecting on past due accounts.

Kinlaw also has served the Bladen County citizens through service to the community. Kinlaw has served as Bladen County Coroner since 1986 and retired in 2018. Kinlaw said he was a member of the Elizabethtown Jaycees until he “aged out” of the group. Kinlaw has served as a member of the Elizabethtown Rescue Squad which was strictly voluntary when he joined. He said the rescue service later moved towards having paid positions but there are still many volunteers who go on calls.

Kinlaw said he ended up in the position of coroner because of Wanda Campbell. He related that he got a call from Campbell one evening and she appointed him to be assistant coroner to Coroner Aubrey Flint. He was later approached about seeking election as Coroner.

He was joined by his family and friends at a commemoration ceremony recently held at Cape Fear Vineyard and Winery in Elizabethtown.