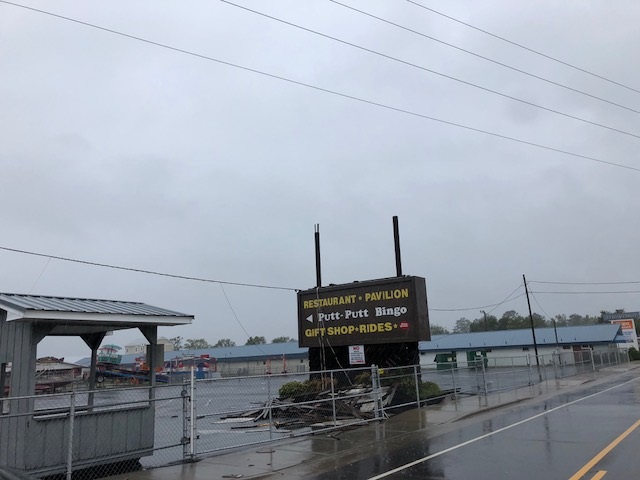 Hurricane’s impact on Bladen County lakes to be determined

Shane Freeman, Superintendent of Jones Lake State Park, reported there were a few trees downed during the storm, but not as many as there were in Hurricane Matthew. He added, overall, the park faired well. There was some flooding in a portion of the picnic area, camp ground and walking trails.

“The Park has re-opened. The trails and fishing pier are not open,” said Freeman.

Freeman said there was still water on some of the trails, and park staff have not been able to access the trails to finish the clean up. The day use areas are open and the park is operating on normal hours. He added, the reason the fishing pier has not yet re-opened is because the access trail is still flooded. Freeman adds, the water is receding rapidly.

“None of the buildings got any water in them,” said Freeman.

White Lake’s water is still clear following Hurricane Florence’s visit last week, according to Mayor Goldstone Womble. It is still unclear just yet what effect, if any, the storm will have on the alum treatment that was administered to the lake earlier in the summer.

Womble said a team from the Bald Head Conservancy is expected to visit the lake and take water samples to test for the presence of algae, and test the nutrient levels following the storm.

In May, the town spent more than $500,000 treating the water with an alum treatment to lower the pH level of the lake, and to reduce the algae growth in the water. The water was clearer following the treatments.

“We’re just going to have to wait and see what type of impact it had,” said Womble. “We don’t really know how this (Hurricane Florence) will impact the nutrient levels in the lake.”

He noted that typically with a storm like a hurricane, the very strong winds will stir up the lake’s waters. Prior to the storm, the lake level was low and so it was able to handle the rainfall. Womble said there was no flooding associated with the storm. There were some trees down and fencing from Camp Clearwater was blown down.

Womble said a few boats have ventured onto the lake since the storm. He said the lake is safe to swim in. White Lake has, for the most part, closed for the winter months, he added.