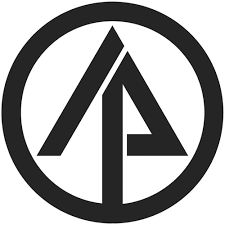 By bladenonline on 03/31/2015
By: Robert G. Hester
International Paper co. plans to spend $135 million to convert their Riegelwood plant to raise its production of fluff pulp used in consumer goods such as diapers, feminine hygiene and adult-incontinence products.
According to the company, International paper has agreed to sell the Carolina brand, used for printed materials such as greeting cards and brochures, to MeadWestvaco Corp.  Terms of the deal, expected to close at the end of April, were not disclosed.
International Paper said fluff and softwood pulp production capacity will increase by 400,000 tons, with flexibility to shift between the two products. International estimates the conversion will allow the production of 1.4 million tons of high quality fluff a year.  The new fluff pulp capacity is expected to ramp up in mid-2016.
As a result of the plant conversion, International Paper also will reduce its coated paperboard capacity by 350,000 tons, part of the company’s effort to focus the remaining paperboard business on the food-service and packaging markets, according to an article in the Wall Street Journal.
A company spokesperson said the change will mean fewer jobs.  The company is currently operating three machines, the change will result in one machine being closed down.  The company is hopeful that there will be no impact to anyone’s job at the Riegelwood mill.  He was quoted as saying the company was hopeful that they can manage most, if not all of the job reductions by utilizing current vacancies, retirements and normal attrition.
The transition is scheduled to begin by the first half of 2016.
Share: