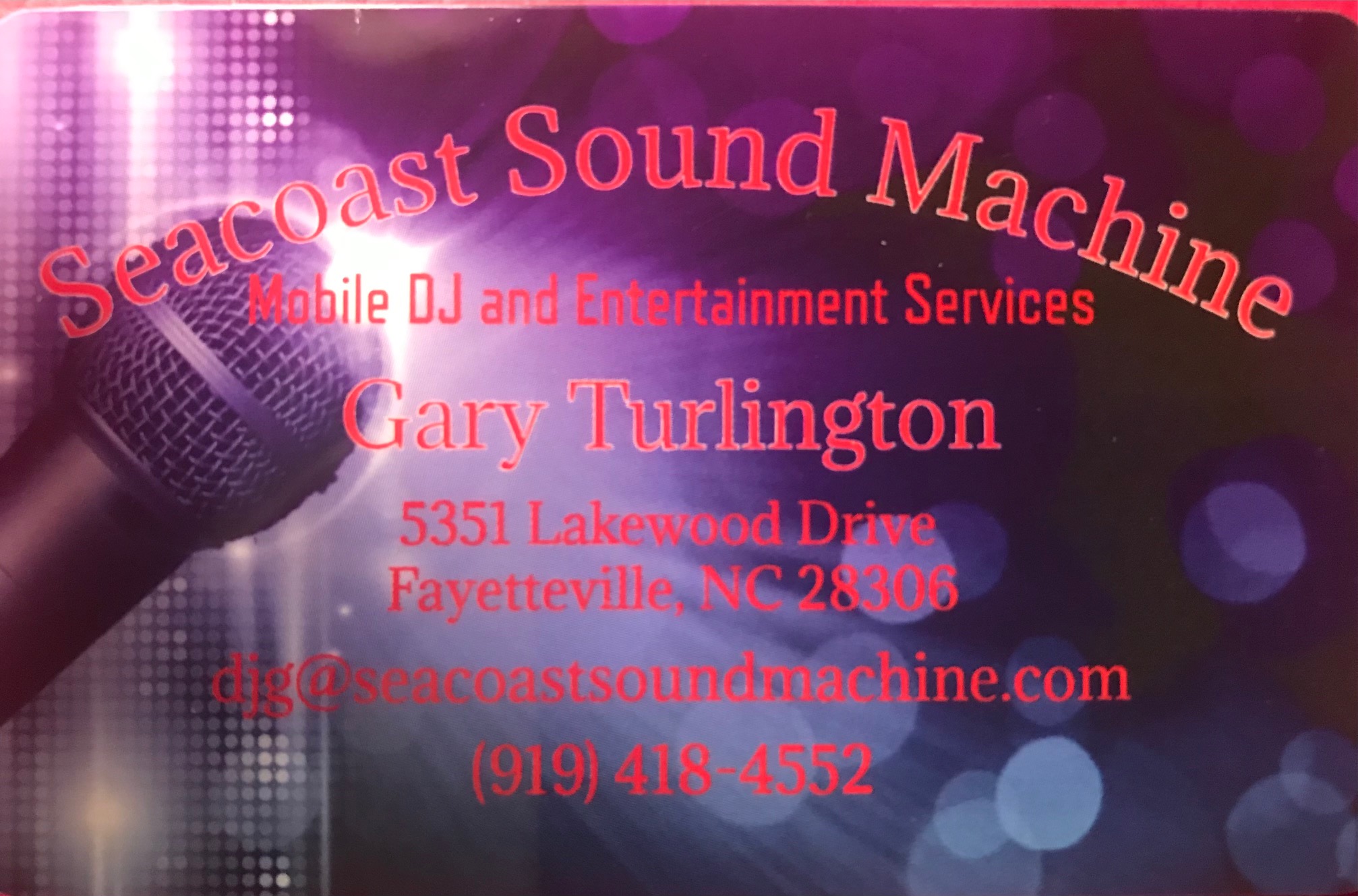 It’s About the Music – The Seacoast Sound Machine

Sea Coast Sound Machine is a DJ service owned and operated by Bladen County’s own, Sergeant Gary Turlington. Sergeant Turlington has many years of experience in this field of entertainment, as well as in Law Enforcement.

Sergeant Turlington served in the North Carolina Highway Patrol for over thirty years, all while remaining active in the entertainment industry. He stated, “Underneath it all, the joy of music remained. Although I could play a variety of instruments myself, I enjoyed the music of others most.”

Reminiscing, Sergeant Turlington shared that it all began when he volunteered at school to run simple light and sound systems for school plays, pageants, etc. as a student. He learned that he enjoyed this, and later on in life he began working with his sister at Countryside Performing Arts Center near Fayetteville, operating more sophisticated light and sound systems than his previous volunteer gigs as a student. Referring to his time at Countryside Performing Arts Center, he said, “We frequently participated in the Dogwood Festival and the Sunday-on-the-Square events. I would play music at the Person Street Dance Stage that we had set up at those Fayetteville events.”

Sergeant Turlington also shared this: “When I was old enough to move away from home, I began working outside of our family businesses and came to work at the White Lake Marina to earn a living apart from my family and I stayed in a rented house at White Lake. Meanwhile, I was still commuting to Fayetteville and Fort Bragg to assist in the endeavors at the theatres and preparing for another chapter in my life. I still felt the calling to do more.” 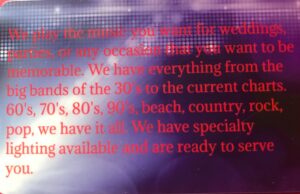 Following his retirement from the state Highway Patrol, he was hired by Sheriff James A. McVicker to serve Bladen County. Sergeant Turlington stated, “My responsibilities here include providing highly specialized training to our officers and others in the region. Additionally, he [Sheriff McVicker] charged me with special projects, and I work alongside Sergeant Barry Pait. One of our tasks is the repurposing and utilization of the old local prison to transition the old property to a Regional First Responder Training Center and to bring revenue into Bladen County… But here is the bonus: I am back at White Lake after three decades away, but the joy of music remains.”

Since he already had all of the equipment, he decided to play music for others once again, and so he opened The Seacoast Sound Machine. Lastly, Sergeant Turlington said, “I have been playing music for those that ask without gouging high prices like those I see abroad. I have performed as a DJ at weddings, receptions, parties, and fundraisers from South Carolina to Tennessee. Now as always, I like to see and feel the enjoyment and appreciation of others. Of course, it helps when it’s pushed well beyond twenty thousand watts of power!”