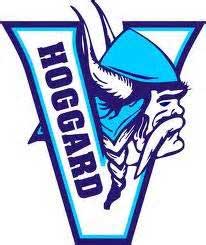 Each school district in NC selects one student to represent their district. The state superintendent of schools will then select five students to represent North Carolina at the national level.

The U.S. Presidential Scholars Program was established in 1964, by executive order of the President, to recognize and honor some of our nation’s most distinguished graduating high school seniors. In 1979, the program was extended to recognize students who demonstrate exceptional talent in the visual, creative and performing arts.

In 2015, the program was again extended to recognize students who demonstrate ability and accomplishment in career and technical education fields. Each year, up to 161 students are named as Presidential Scholars, one of the nation’s highest honors for high school students.

Jackson Hardee is in the Hoggard Adobe Academy program with an interest in visual and graphic arts. He is also a fourth year honors German language student.

Jackson is planning his post-secondary education experience to be with NC State University.

Jackson Hardee is the son of Mr. and Mrs. Jim Hardee of Wrightsville Beach and the grandson of Mrs. Francis Hardee and the late Mr. Hardee and Mr. and Mrs.Norgie Hester, both of Elizabethtown.