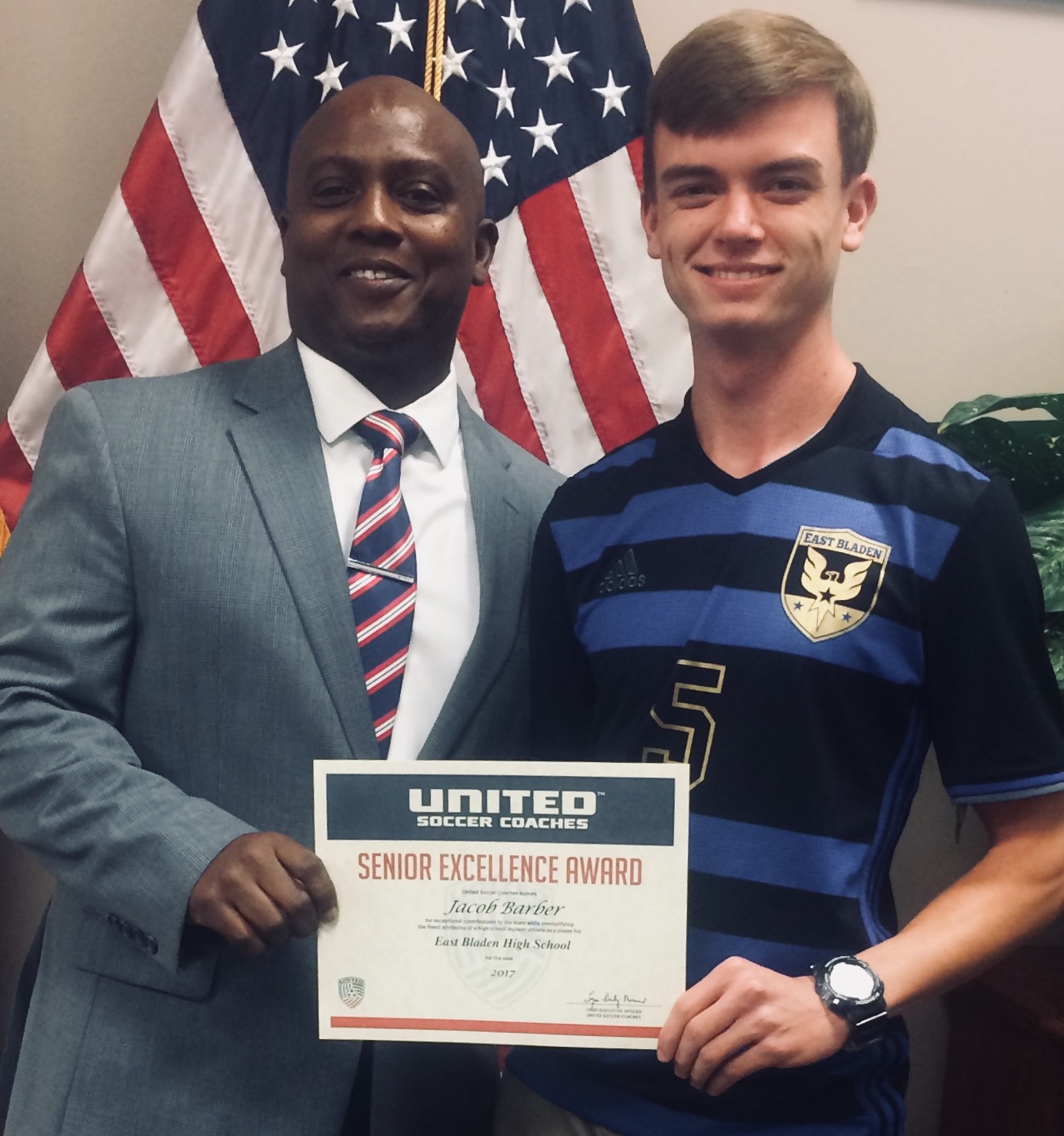 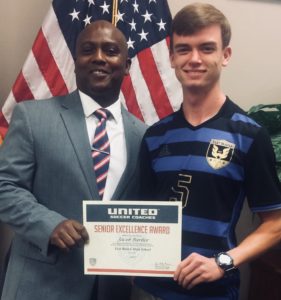 East Bladen senior Jacob Barber has received the United Soccer Coaches (formerly National Soccer Coaches Association) Senior Excellence Award.
The award is awarded for exceptional contributions to the team while exemplifying the finest attributes of a high school student-athlete.
Barber has been a 4-year member of the Eagles varsity soccer team and served as a captain in his junior and senior seasons for teams that posted a combined 36-8-1 record. “Jacob has given a lot to our soccer program and words will never describe what he has meant to the program,” said Eagle Coach Jay Raynor.
According to Raynor, Barber has been instrumental in fund-raising efforts, off-season workouts and also helped coach Recreation and middle school soccer teams. He has been involved in community projects such as Optimist Christmas Tree Sales and the Optimist Barbecue sale.
Barber is a member of the National Honor Society, Beta Club and Fellowship of Christian Athletes. “Jacob is a leader in these groups as well as being top ranked in his class,” stated Coach Raynor. “
“Jacob is the ideal representative for East Bladen soccer and East Bladen High School,” continued Coach Raynor. “This is a young man who does the right thing and gives it his very best. I am thankful to have had the opportunity to coach him. He has made me a better coach as well as a person.”
This is the first time an East Bladen soccer player has been recognized for this award.
Barber is pictured with East Bladen principal Dr. Jason Wray.