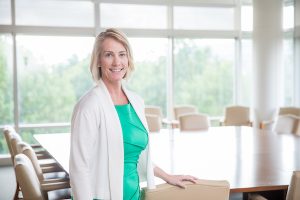 Reidsville, NC- Jen Mangrum announced today that she will seek the office of North Carolina Superintendent of Public Instruction. She is currently an Associate Professor in the School of Education at UNC-Greensboro. Jen has more than a decade of classroom experience as well as a decade in teacher preparation at both NC State University and UNC-Greensboro. Jen ran for NC Senate District #30 against President Pro Tem, Senator Phil Berger in 2018.

“The people of North Carolina deserve the best public education system in the country and nothing less.” said Jen Mangrum “I have proven my commitment as a fierce advocate for students and educators and a skilled and passionate leader in our state. Under current leadership, we have watched elected officials make decisions in their own self-interest, on a journey to obtain more power in government. We need a teacher leading our schools, not a lawyer. As a public servant in North Carolina for the past 31 years, I have always put the needs of my community and state first. The citizens of North Carolina can count on me to do what’s right and what will make North Carolina a better place to live and work. ”

Jen started her career teaching in Onslow County and Guilford County Schools from 1987-1999. She also served as a Curriculum Facilitator and later as a district coordinator in Guilford County Schools. After earning her PhD in Curriculum and Instruction at the University of North Carolina at Greensboro, Jen was hired to create the first Elementary Education program at North Carolina State University and once opened became the first faculty member of the new department. For the past ten years, Jen has developed the next generation of teachers at UNCG. She was recently named an “Inspiring Educator” at UNCG in the School of Education.

Jen has two daughters, both whom graduated from public schools. Her daughter, Halle Mangrum is in graduate school at the UNC School of the Arts and her daughter, Lily Mangrum is a freshman at North Carolina State University.

Published in Education, Opinion and Politics